Buy one of only four road-legal Vauxhall Calibra DTM Turbos 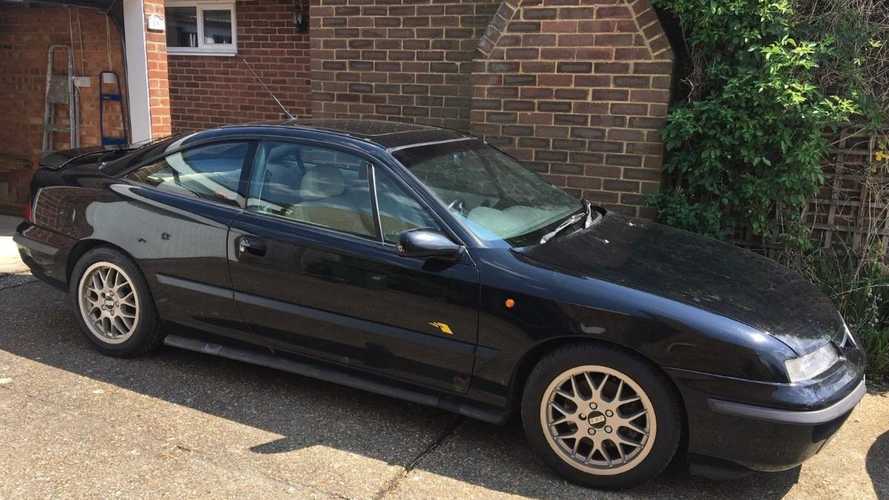 It wasn't all that special when new, but now the Vauxhall Calibra DTM Turbo is a critically endangered species. With just 11 left in the wild, will you save this one?

Just about everyone and their mother produces special edition cars these days resulting in them often not being all that special — Mazda, we are looking at you. It was the same back in the 1990s as slapping a sticker or adding menial features to a car often shifts a few more examples from the forecourt. The Vauxhall Calibra DTM Turbo is one such culprit, but the passage of time now means there’s just four left on the road. All of a sudden the easily forgotten Vauxhall Calibra is of interest again!

The Calibra was launched in 1989 as a means to boost interest in the mainstream Opel/Vauxhall brand and challenge the Ford Probe. This coupé was actually the most aerodynamic production car in the world with a Cd figure of 0.25. There was a range of engines on offer, starting at an underpowered 115bhp unit, and ending with a 168bhp 2.5-litre engine — all-wheel drive was also available.

Opel entered the Calibra into Germany's Deutsche Tourenwagen Meisterschaft (DTM) series and, after many attempts, finally took championship honours with Manuel Reuter behind the wheel. To celebrate this achievement Vauxhall and Opel decided to produce a special edition car dubbed, you’ve guessed it, DTM.

These DTM cars stuck to the usual low-effort modifications such as badging and a bit of upholstery, although the Calibra DTM Turbo did get slightly lower suspension and some natty BBS alloy wheels. However, in every other respect it was your usual Vauxhall affair. Although not particularly remarkable, just 50 came to the UK, of which 22 cars had all-wheel drive.

This Vauxhall Calibra DTM Turbo 4x4 found on eBay is now one of just eleven left in existence, seven of which aren’t currently road legal. With 133,671 miles on the clock and a fresh MOT, this Vauxhall is an unlikely hero thanks to its knack for survival.

When new this car was optioned with heated leather upholstery and came with a tape deck and CD multi-changer. The seller mentioned that the timing belt and water pump were changed at 98,260 miles, and that the car comes with a handful of spare parts.

The Calibra DTM Turbo failed to sell the first time due to not meeting its reserve price. Now with a lower reserve, this could be your last chance to buy one of only four roadworthy DTM models left.