The golf cart inspired by a Chevrolet design legend 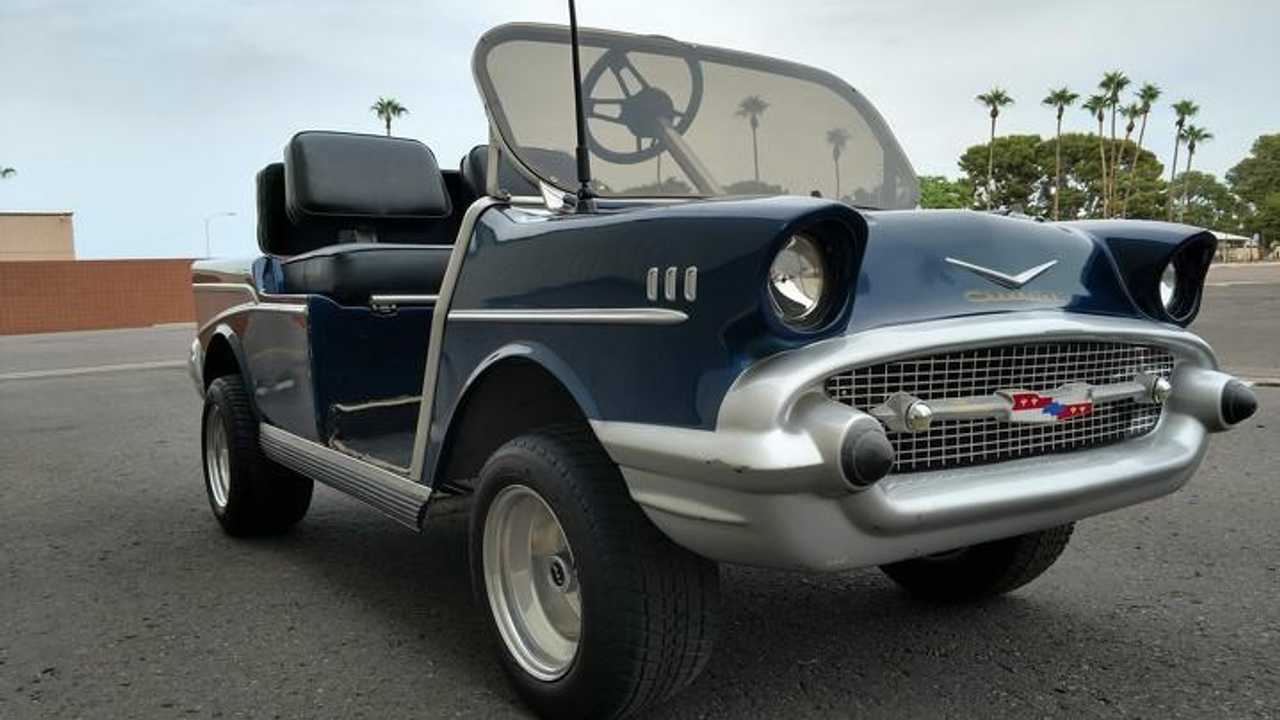 Appearances tell all with this 1990s golf cart inspired by Clare R. MacKichan, the designer of the original Corvette

It is highly unlikely that your favourite golf club would allow you to drive your classic car onto the course while hitting the links, but this is to protect the grass rather than from lack of style.

If you are increasingly desperate to demonstrate your classic car interest while replicating the feats of Tiger Woods, Brooks Koepka or Justin Rose, then there is a golf cart for sale with the answer.

This customised 1994 Club Car Golf Cart models itself on a 1957 Chevrolet, one of America’s most recognisable cars in both sedan and station wagon form. Despite its name, it actually went into production in 1956, coming with either a ‘Blue Flame’ straight-six engine or one of two V8 options, at 265ci and 283ci.

Its iconic front end, which also adorns the front of the golf cart, was designed by Clare R. MacKichan in 1954. MacKichan was chief designer of Chevrolet Studio, and directly responsible for the design of the first ever Corvette, and subsequent redesigns in the 1950s and ‘60s. Surprisingly, MacKichan also later acted as director of design for Opel in Germany.

He became synonymous with the Chevrolet, and especially the original Corvette, and after his death was added to the Corvette Hall of Fame in 2011.

The golf cart itself has a petrol engine - nothing massive, but enough to take it up any golf course hillock without an issue, and has a AM/FM radio stereo kit. In typical high-end Chevrolet style it has chrome wheels, and can be used as either a two or four-seater, with space at the back for your drivers, irons, putters, balls and spare checked trousers. Russo and Steele will be selling the golf cart at its Scottsdale auction on January 18/19 next year.

Gallery: The golf cart inspired by a Chevrolet design legend