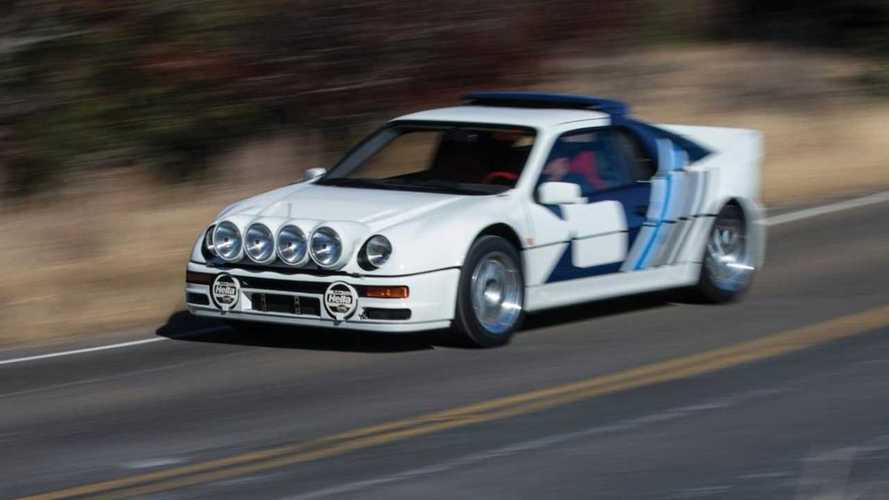 The Ford RS200 is a Group B monster that had its rally career cut short. This 550bhp Evolution model is arguably the ultimate WRC car

The Group B era of rally produced some of the most extreme machines to possess four wheels. Perfectly evolved to cover rutted ground faster than anything else with a combustion engine, these cars became so extreme that the series was eventually disbanded.

Some examples moved into rallycross, other sought refuge in prized collections. This rare Ford RS200 Evolution escaped to America, where it will be auctioned at RM Sotheby’s Arizona sale next January.

More on Group B rallying…

Born out of the failed Escort RS 1700T Group B project, Ford persisted and created its ‘late bloomer’ of a rally monster in the RS200. Designed to take on the potent Audi Quattro and dominant Peugeot 205 T16, Ford’s 1984 effort consisted of a lightweight mid-engined four-wheel drive car purpose-built for the task at hand. Producing up to 450bhp, the RS200 was undeniably quick, but lacked the development of older Group B models.

At the 1986 edition of Rally Portugal, the RS200 also found itself in the centre of the latest Group B related tragedy. Portuguese driver Joaquim Santos lost control of his RS200 and crashed into the crowd, a contributing factor to the disbanding of the now dangerous Group B series.

Ford had planned an ‘Evolution’ model for the 1987 season, complete with a more powerful 550bhp turbocharged 2.1-litre engine. While about a dozen of these cars were built, they only had the chance to race in rallycross, winning the European series in 1991 alongside a handful of other forbidden Group B cars.

This RS200 is an Evolution model that was bought by its original owner, Robert 'Bob' Southerland, who was the founder of the Colorado Grand Rally. It remained in the US and became part of the famed Las Vegas Auto Collection before being offered at auction by Bonhams last year. This 1986 model sold for $550,000 despite not being started for a decade and requiring some substantial maintenance.

Offered for sale again next year by RM Sotheby’s, this highly original rally car still strikes quite the pose. At this point in time little is known about the current mechanical condition of the car, but suffice to say it still looks fantastic from the outside.