Watch: Porsche's top five most expensive cars of all time 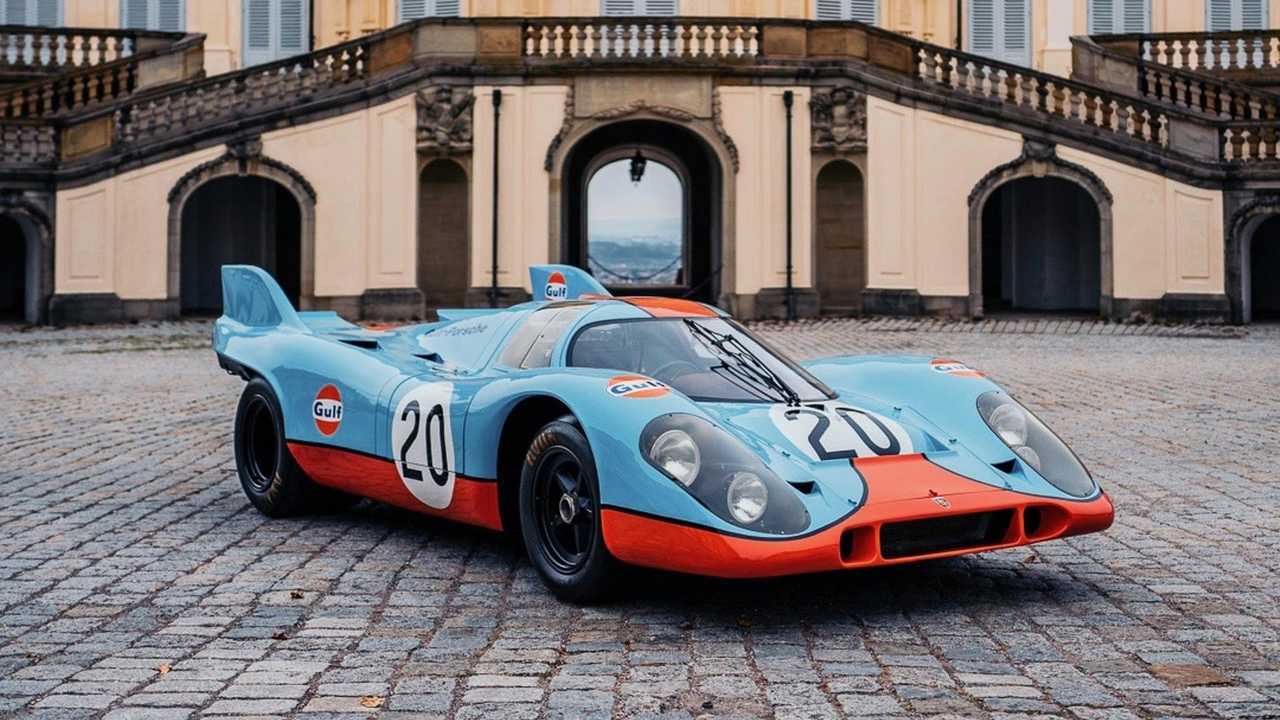 Coming in at fifth on Porsche’s list is the 917/30, a 1973 car car built for CanAm sports car championship in America, which packs a monster 1200hp air cooled 12-cylinder engine – or 100bhp for each cylinder. Patrick Long, a current Porsche factory driver, recently described the car as ‘f_*_ing excellent’.

The next most valuable is the first ever Porsche racing car, the 550A Spyder. Chassis 550A-14S was known as the ‘giantkiller’, with its 1.5-litre engine propelling to victory in the 1956 Targa Florio against machinery twice as powerful. When it went to auction at Bonhams' Scottsdale sale in January this year, it ended up selling for $5,170,000.

The only non-racing car in the top five still has some heavy motorsport influences, as a homologation special built to ensure Porsche could enter the GT1 sportscar racing class in the late 1990s. The 911 GT1 Strassenversion was one of the 20 made, with a 600bhp twin-turbo water cooled engine, and was essentially Porsche’s 1997 Le Mans car, but for the road. The rather lengthy chassis number sold for $5,665,000 with Gooding & Co. at its 2017 Amelia Island sale – five years after selling for 'only' $1,175,000 with RM Sotheby's at Monterey.

In second place is one of the most instantly recognisable Le Mans cars of all time: the fire-spitting ground effect pioneering Porsche 956. The third car to roll off the production line, chassis 003 from 1983, broke the $10 million barrier at $10,120,000 when sold by Gooding & Co. at Pebble Beach in 2015. It was driven in period by Derek Bell, Jacky Ickx and Al Holbert, winning fives times. Oh, and one of those wins was at the Le Mans 24 Hours in 1983.

This car has been eclipsed on price though, thanks in part to Steve McQueen, who made the Gulf-liveried Porsche 917K an international movie star by featuring it extensively in his aptly named Le Mans film. It included Porsche’s first ever V12 engine, capable of 630hp, and could reach 220mph down Circuit de la Sarthe’s Mulsanne Straight.

Bell was once offered one of the 917s by Porsche for £5000 after winning Le Mans, a value near the price of a house at the time. He turned it down, a choice he might have a tinge of regret over given chassis 917-024 was sold for a staggering $14,080,000 fee last year, again by Gooding & Co at Pebble Beach. The record-breaking fee for a Porsche, and one of the most expensive cars of all time.