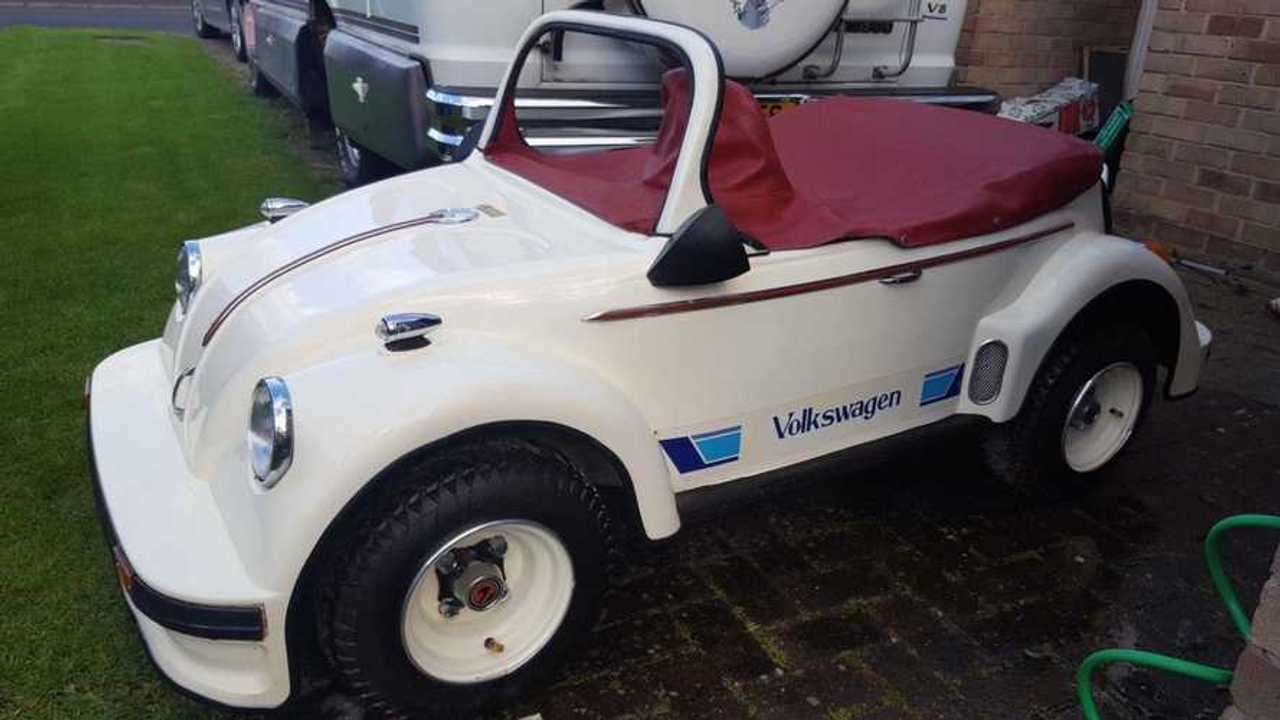 This little Volkswagen Beetle is a fully functional miniature car from the 1980s, powered by a 5bhp petrol engine and capable of 20mph

Spend some time with an elder talking about childhood possessions and you’ll eventually hear the well-worn phrase ‘they don’t make them like they used to’. Truth be told, ‘they’ don’t. Today things are made down to a cost and with materials chosen to be light instead of durable.

This great eBay find is the perfect example of the ultimate petrolhead toy that wouldn’t be made today. Could this near 40 year-old VW Beetle be the perfect Christmas gift for an aspiring young petrolhead?

More on the Volkswagen Beetle...

Ride-on children's toys are still very much with us today, albeit running on batteries and often a poor imitation of their road-legal counterparts. This 1980s VW Beetle GT 'Totrod' is so magnificent that it makes us wish we were small enough to still fit inside.

A fully functional miniature vehicle, it’s powered by a Briggs & Stratton 5bhp petrol engine and is capable of 20mph. Also sporting functioning lights, radio and a tow bar, it's a masterful display of childhood automotive indulgence.

Built by Cornwall firm Strikes Racing, these fibreglass bodied Volkswagens were sold by famed department store Harrods to those who had the cash to spoil their children. These little cars were hand built on a tubular chassis to very high standards. From the leather upholstery to the matching carpet in the footwell, it’s a great piece of craftsmanship.

The seller describes the reluctant sale of his 'totrod', presumably because he now has a full-size car, and states that it is in totally original condition. Around 100 of these Beetles were built in varying specifications, but this GT model is said to have all the bells and whistles.

The seller is asking for £3500 ($4450) to part with his Volkswagen Beetle GT, which is a considerable sum — in fact, enough to buy a real car. They say you can’t put a price on happiness, but after your children have seen this, happiness will cost you exactly £3500 this Christmas.

Gallery: This VW Beetle is the best gift for a tiny petrolhead this Christmas