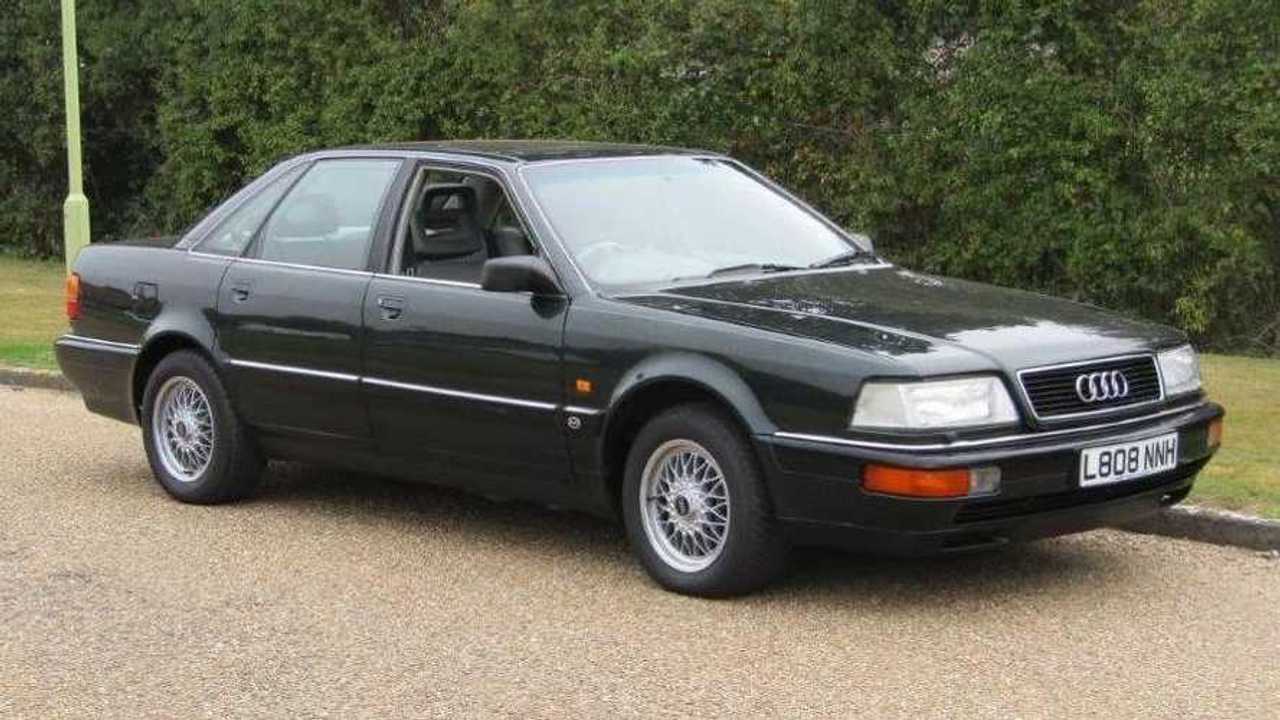 The 1988 Audi V8 remains Germany's dark horse. Despite holding infamy for exploding at a moment's notice, you still want one – here's why

Back when bouffant hair styles stalked a neon-lit 1980s world, Audi was struggling with brand awareness. Perceived as a try-hard ‘wannabe’ within a fiercely premium market, the V8 saloon of 1988 was Audi’s first foray into the luxury league of businessmen and cocaine.

As the name suggests, under the bonnet lurked an almighty 3.6-litre V8 engine. Adept to further tuning, and boasting Quattro-inspired four-wheel drive, the decadent machine was crammed with all the technology Audi could muster. Mediating 247bhp through an automatic gearbox, the V8 could breach autobahn realms of 140mph and crack 60mph from a standstill in 9.9 seconds.

With the introduction of a manual gearbox and the later 4.2-litre V8 engine, proceedings became seriously quick. The 4.2-litre could see off 155mph with its 276 horses and smash the British national speed limit in 6.8 seconds. The cabin was wholeheartedly comfortable, too. So what’s the catch?

Of all the 21,564 examples built between October 1988 and November 1993, very few could boast of solid dependability. Unlike the models that came before – and after – Audi’s inaugural Mercedes-basher, the V8 caused endless migraines for hapless owners. Engines would self-detonate, electronics enjoyed a frivolous life of their own and build quality rivalled the crustiest of leaves.

Although the V8 was an admirable first attempt to crack a market now dominated by contemporary Audi models, it was far from a success. Its reputation for politician-esque levels of reliability haunted the saloon well beyond showroom forecourts.

Although there was a spike in interest upon the American market, sales went into freefall. Cars made during the final batches of production in late 1993 took over a year to sell – and when they did, it was usually straight back to the dealer for mountains of electrical-gremlin hunting and mechanical work.

As such, these insanely fast German barges were scrapped by the dozen. Even Audi enthusiasts watched with demonic glee as their headache-on-wheels landed between the jaws of the scrap man's crusher. It’s not hard to believe that remaining examples are few and far between, but rarity doesn’t always create value.

However, what the Audi lacks for in trustworthiness, it more than makes up for with modern classic status. Now that these machines aren’t relied on for everyday transport, instead locked away as a hobby vehicle, the rarity factor comes into play. Finding parts will forever leave an element of frustration, but with other modern European classics residing in huge numbers, the Audi V8 remains Germany’s most exclusive saloon from the deepest troughs of retro 1980s excess.

When one of these things burbles into a car show, the world seems to stop spinning. Of all the cars to draw a crowd during this year’s Techno Classica Essen, the Audi V8 trumped everything else on display; swathes of young men descending upon a black specimen sporting low mileage with beaming smiles and screaming curiosity. It’s the automotive equivalent of an Urban Legend, and finding one in the metal sets off a range of emotions that car enthusiasts never knew they had.

Imagine the excitement of buying one, then. Such as this incredibly late 1993 Audi V8 4.2-litre C44. It benefits from a newly issued MOT following six years in storage. Unused by its last registered owner, the V8 comes with the original service book containing twenty six stamps up to 115,000 miles. The current mileage is recorded at 119,100.

Such a mileage would usually ring alarm bells as the eight-cylinder powerplant would be poised for internal carnage, but seeing as this one has been cared for without financial limits, it's almost factory fresh. Hence a £9000 ($11,500, €10,000) price tag.

So, fancy getting your hands on a rare slice of infamous German automotive history? Don’t expect steadfast reliability or the capability to run on a shoestring budget, for this Audi V8 will punish you severely for such actions, but for something truly different, highly charismatic, fast and oh-so disreputable for notorious behaviour, you can’t go wrong. Get a closer look here.