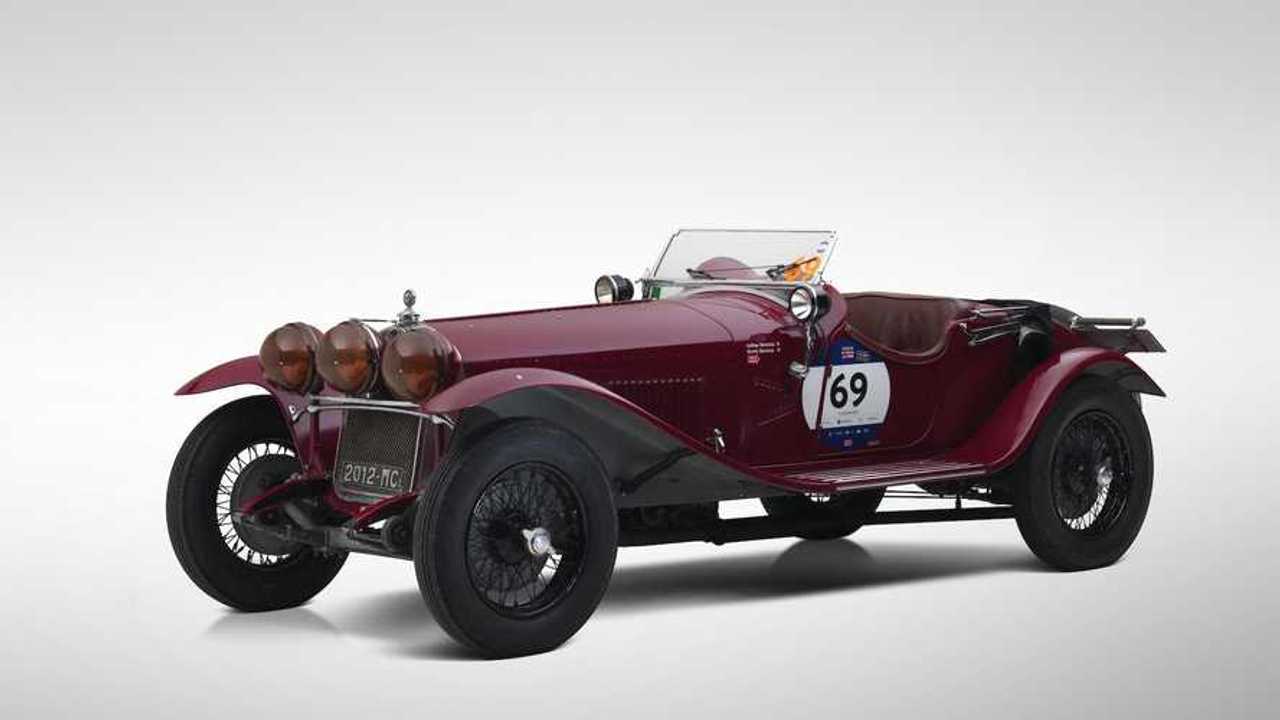 There are few names within racing circles that rank higher than Enzo Ferrari. Any machine to have borne his presence remains celebrated and worshipped like an automotive god – the older the vehicle, the better. This is why collectors have previously fallen over themselves to acquire this 1930 Alfa Romeo 6C 1750 Gran Sport Spider.

Bearing chassis and engine number #8513033, this achingly beautiful Alfa Romeo was driven by Luigi Scarfiotti for Scuderia Ferrari during the 1930 Millie Miglia. Scarfiotti, a Deputy in the Italian parliament, wanted a car that was distinctive, elegant and sporty so that the vehicle could also be driven in local political parades. His choice fell, naturally, to the Gran Sport 1750cc Alfa Romeo 6C.

Enzo Ferrari’s connections with Alfa Romeo stretch back to the 1920 Targa Florio, during which he competed behind the wheel of a 6.2-litre Alfa 40/60 and finished second. He was a works driver for the Italian marque until Ferrari set up his own agency in Modena for 1929, racing quasi works cars under the Scuderia Ferrari name.

Enzo’s choice for Scarfiotti in 1930 was certainly apt for a politician of such stature, as Italy’s ill-fated leader, Benito Mussolini, was the owner of a Zagato-bodied 6C 1750 SS. Less than 14 days after Scariotti took delivery of his Zagato-bodied Alfa Romeo, he piloted the car through the 1000 mile Mille Miglia road race as part of Enzo’s team.

While Alfa’s dependable 6C 1750 cleared the board during the 1930 event, none of the Scuderia Ferrari cars crossed the finish line, with Scarfiotti eliminated due to a broken leaf spring.

Scarfiotti continued to campaign his new car during 1930, coming second overall and winning his class at the Colle di Paternò in July and competing in the Circuito di Senigallia the following month. The Alfa Romeo finished fifth overall in the Coppa Gran Sasso and came forth in the 12-mile Teramo-Civitella del Tronto hill climb.

With these events under his belt, Luigi returned to the 1931 Mille Miglia, once again running as part of the Scuderia Ferrari team. This time, the car ran like a dream and claimed sixth place overall, posting a rather impressive time of 17 hours and 27 minutes.

The following year, Scarfiotti sold his 6C 1750 GS back to Alfa Romeo, possibly in part-payment for his new 8C 2300 ‘Corto’ Zagato-bodied coupé that was first registered to him on February 6. Mysteriously, this Alfa was re-registered ‘as new’ two months later to Scuderia Ferrari, boasting new two-seat spider bodywork.

The 1930 6C encountered an accident of some degree and was taken off the road following engine and bodywork damage, ending an illustrious racing career. Its history thereafter is somewhat unclear until it was discovered in 1960, languishing in storage in Modena.

Unearthed by Giuseppe Bruni, he took the 6C to a restoration facility in Florence for a rebuild. He wrote to Luigi Scarfiotti in 1973 when researching the car and found a response waiting for him one day:

'I remember the car very well, because it gave me a lot of satisfaction, both in races and private life. I confirm that the body is by Zagato; as Scuderia Ferrari, we asked him for a lightweight body for the Mille Miglia.'

Since restoration, the Alfa has been spotted during classic rallies and racing events, but the time has come for a new owner to be found. Heading to auction with Bonhams durng their Les Grandes Marques Du Monde Au Grand Palais sale on February 7, the vehicle holds an estimate of £1.1m – £1.4m ($1.4m – $1.8m, €1.2m – €1.6m). Get a closer look at the auction lot here.