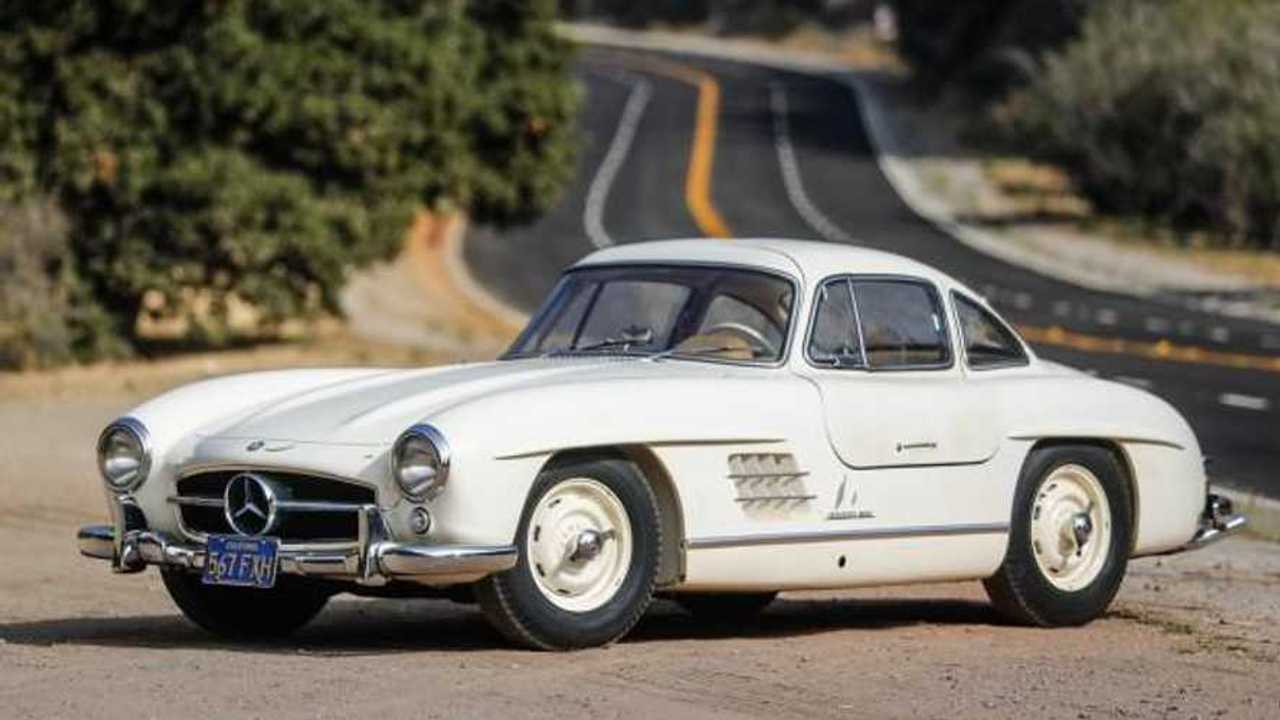 Gooding & Company is bringing a fleet of highly valuable Mercedes-Benzes to its Scottsdale auction in Arizona on January 18/19 next year, with models from the 1950s, ‘60s and ‘70s all featured.

It was recently found in a Northern California garage, having been kept out of sight for years. First owned by Austrian conductor Herbert von Karajan, the car has a Weissgrau finish and tan vinyl upholstery with red plaid fabric inserts. It certainly wasn’t a usual selection, and marked out von Karajan’s passion, especially when he added Rudge wheels to his order. These options add to its value, and its history can be guaranteed by its factory build record. This is the first time the car has appeared at public auction.

If gullwing doors aren’t your thing, then there’s two roadster versions of the famous car also in the sale. The older and cheaper of the two is a 1957 model, and has had three owners since 1963. The second owner paid for a four-year restoration project, delivered by marque expert Richard Restoration & Machine Werks.

Accompanying the 1963 car in the sale is a wood and metal Nardi steering wheel, some vintage luggage and a hardtop. Most 300 SL roadsters equipped with the alloy-block engine are stored in permanent collections, meaning the appearance of this car at auction is certainly a rarity.

There are two other 300 models selling: a restored dark red 1956 SC roadster, one of 53 built with a retracting flat top that fold into the coachwork, and a 1967 cabriolet version with a fuel-injected straight-six engine and hydraulic suspension.

To see some of these lots, visit Gooding & Company’s website, or pay $40 to visit the auctions for one day. $100 is required to see the auction catalogue and visiting rights to both days of the auction.