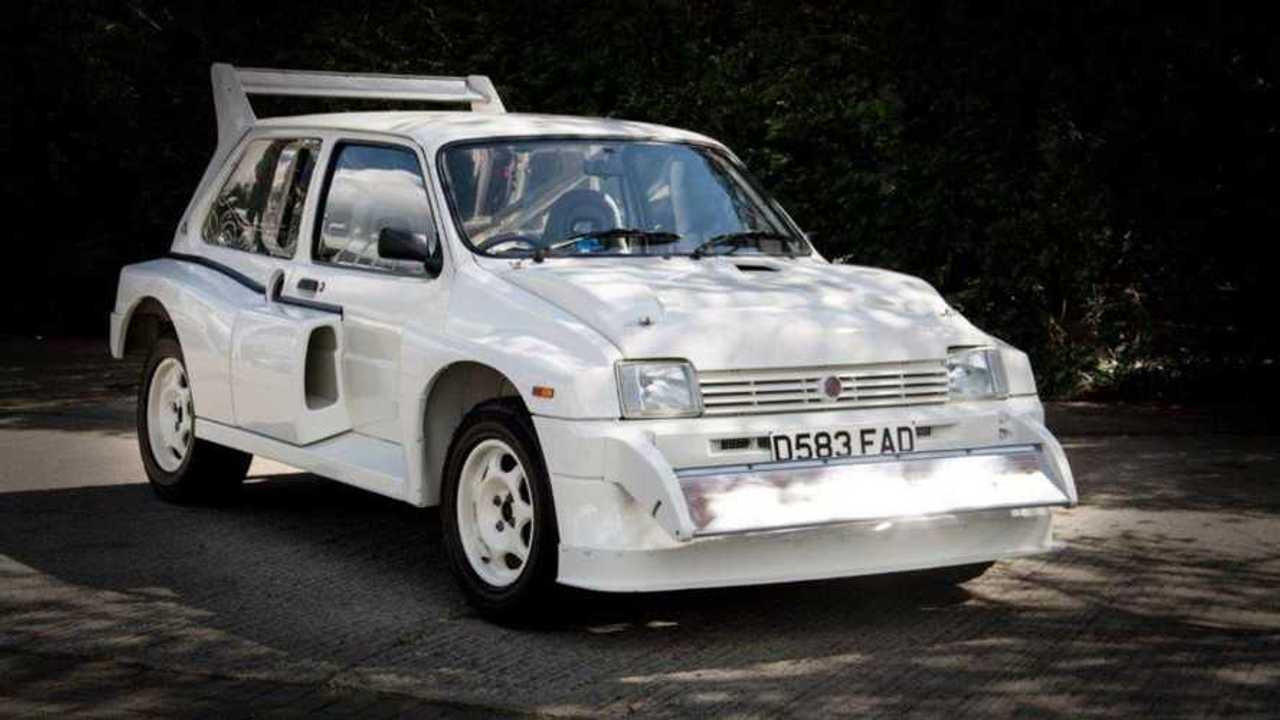 It hasn't won any rallies, but this MG Metro 6R4 used to belong to Williams F1 team and has covered only 175 miles from new!

Recently, we found a Japanese Group B rally homologation car heading to auction which could have staked a claim as the lowest mileage Group B car out there. But now there’s a new challenger to that crown: a Formula 1-developed MG Metro 6R4 with just 175 miles on the clock being sold by Silverstone Auctions next January.

The raunchiness of this car cannot be understated, with a naturally aspirated 3.0-litre 90° V6 engine, four-wheel-drive, and a propensity to spin the rear tyres at will. Originally the idea of Austin Rover motorsport chief John Davenport, MG’s pursuit of the kind of performance Audi had achieved in the World Rally Championship with its Quattro led to Davenport collaborating with Patrick Head and John Piper from Williams Racing, one of the top teams in F1. The single-seater team also sponsored the rally project, ensuring there were the necessary funds to complete this crazy project.

In 1982 the first prototype was completed, and two years later the car was revealed to the press, mostly as confirmation to the wider world that , yes, MG was building a overpowered rally car with an F1 team. The original car only had front-wheel drive and a small A-Series engine, whereas the V6, with twin-cam cylinder heads modelled on those that appeared on Cosworth’s popular DFV V8 engine, was delivering power to all four wheels and ensuring that the 20 built for the stages would be a competitive force. As for the near 200 that were made for the road for homologation purposes, they still required skilled drivers, what with 250bhp of unruly power underneath their right foot.

The swift end of Group B rallying in 1986 on safety grounds culled any success the Metro 6R4 could achieve international success. A lack of top results internationally didn’t mean there were no Metro 6R4s with interesting stories, with chassis 6R4-111, built in 1985, being bought by Williams Racing in 1988 for the opening of its Conference Centre and famed Grand Prix collection.

The team sold the car on in 2005, which in turn was then sold to its current owner in 2015. Two years ago it underwent a full mechanical re-commissioning with BGM Sport, including a new belt kit, and overhauling the fuel system to ensure a quicker delivery to the engine.

Gallery: The MG Metro 6R4 Group B car that belonged to an F1 team