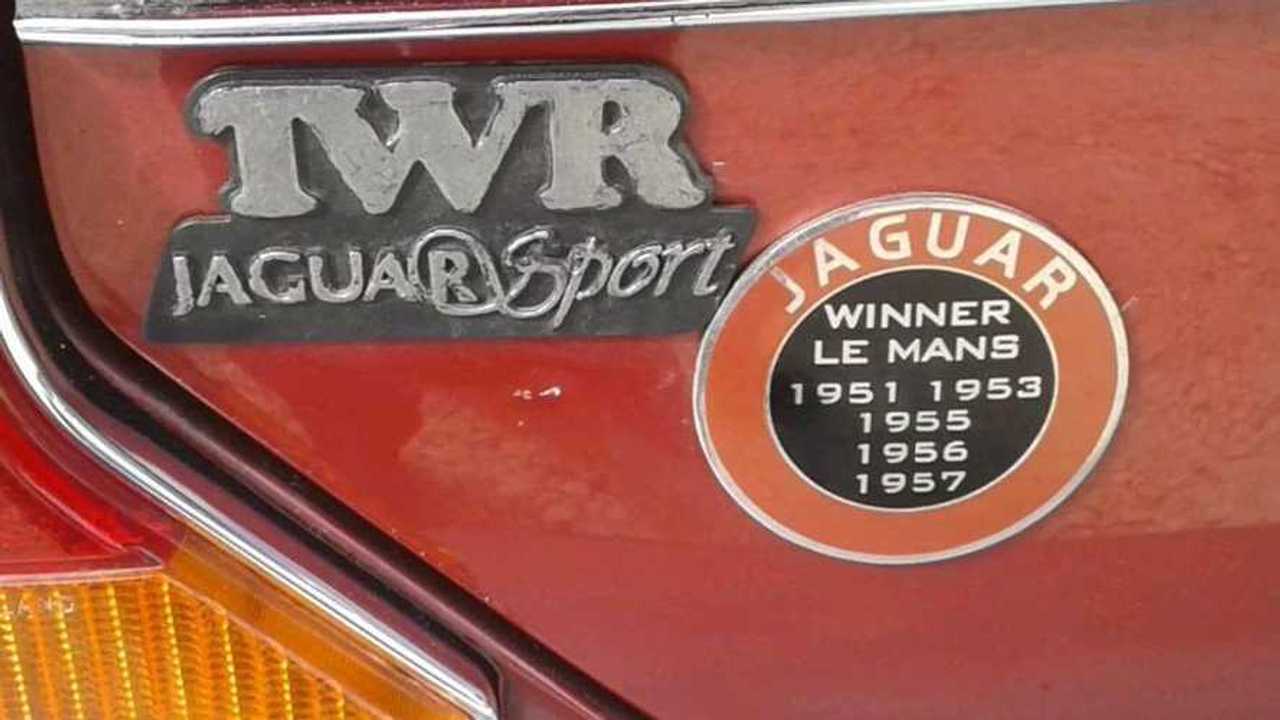 Reckon the XJR was Jaguar's first stab at performance saloon tuning? Think again. This is one of the rare Daimler Sovereign Series III XJ12s given the full Tom Walkinshaw treatment

Back in 1993, Jaguar’s XJ lineage boasted the coveted title of ‘Safest Car in Britain’. Worshipped by the conservative masses and employed by those with double-barrelled surnames boasting hefty bank accounts, the third-generation XJ V12 saloon appeared to be the most conventional automotive purchase known to man.

However, there’s a dark horse from the stable that goes against the grain. Very rarely spotted in the wild, this truly bonkers big cat is the one collectors fall over themselves to acquire. Meet Jaguar's effective first-generation XJR – The Equalizer on steroids.

Folklore would have you believe that Jaguar’s definitive sports saloon first emerged from the brimstone-lined pits of hell back with the 1994 launch of the X300, but those cloven hoofs were first seen six years previously. Tuned by Tom Walkinshaw Racing and sporting a fettled 5.3-litre V12, the JaguarSport XJ12 first landed on public tarmac for 1988. No BMW was safe, with most Mercedes-Benz owners diving for the nearest hedgerow.

Based upon a top-whack Daimler Sovereign Series III model, you could send your V12 saloon off for some cosmetic surgery and create something truly bizarre. As a cocktail of upper-class dominance in a retro shape mated to Max Power levels of chod, nothing came close. It was like draping Buckingham Palace with an anarchy flag.

Trimmed and injected with decadence by the Oxfordshire-based JaguarSport, a dual venture by Jaguar and race team TWR, a price list was offered from the tuning house that offered suspension kits, tuning packages and bodywork add-ons. It wasn’t cheap, but the results spoke for themselves.

Built alongside the XJ220 in TWR’s Kidlington-based factory, the first-generation XJR was fitted with upgraded suspension featuring unique Bilstein dampers and revised power steering valves to increase steering weight by 40%. Bespoke exterior paint and aesthetic touches were also added, making for a unique package even HRH The Queen Mother admired. It certainly would have ensured she returned home for Gin o’Clock on time.

Differing cosmetically from the standard showroom XJ12 Series III, the XJR showcased a colour-coordinated bodykit – consisting of new front and rear valances with accompanying side skirts crafted from fibreglass. The shell ran on Speedline alloy wheels designed to fit larger tyres. As time marched on and disc brakes became larger, cooling ducts were added to the front valance.

The cabin wore all the usual Jaguar debauchery, yet with a number of exclusive add-ons. There was a leather MoMo steering wheel, leather gear knob and seat headrests embossed with JaguarSport motifs.

The earliest examples of the succeeding XJ40 XJR were powered by Jaguar’s oh-so-smooth yet radically unquick 3.6-litre AJ6 engine in standard form. Sporting enlarged bumpers and two-tone paintwork, the end result offered similar performance to your Grandmother in a shell suit. The XJ12 Series III kicked the newboy into a cocked hat.

Only a smattering of Series III V12 XJR models were given the TWR treatment, making them invaluable to Jaguar enthusiasts and rarely found out with car shows and TV programmes. However, this example has turned up for sale through online auction, and you’ll want to pounce on it for the vehicle won’t hand around for long, even if it commands a premium over other models from the XJ stable.

One of the earliest models given the Tom Walkinshaw surgery, and one of only 15 believed to still exist, this example had covered 97,000 miles and undergone substantial work to keep the car in rude health.

The current owner has enjoyed custody for the last five years, claiming to have achieved 20mpg (we don’t believe him) when using the beast on a regular basis. They also claim the bodywork is virtually rust free, although judging by the pictures, we can believe them on that. There’s also an MOT until June 2019.

Under the bonnet is an AJ6 updated ECU, AJB throttle bodies and an AJ6 exhaust system. Not quite content with only that, there’s also koni front shock absorbers, new front springs, a new fuel pump and TWR air boxes.

So, after something truly rare and seldom seen yet with genuine Jaguar heritage? Get a closer look at this JaguarSport Daimler Sovereign Series III V12 here.