This Austin 1300 GT is shouting to be rescued 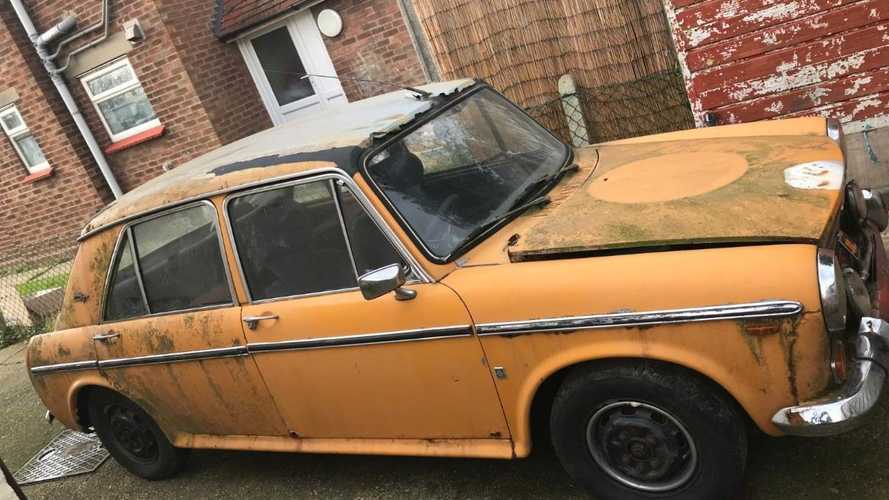 For a budding classic car restorer, this rare Austin 1300 GT with spares would be the perfect vehicle to cut your teeth

Amalgamated Drawing Office project number 16, better known as the BMC AD016 and sandwiched between the Farina and the Marina, was a range of small family cars that roamed around Britain in the 1960s and ‘70s under several different names and badges. On eBay is a 1971 Austin 1300GT, a third generation model of the four-door car, and it’s in need of some of good old love and care.

The current owner of the blaze yellow (and grimy black) car had bought it as a restoration project for himself and his son, but circumstances have meant their combined project has gone incomplete, and they’re selling the car to fund something rather more important.

The listing describes the car as being ‘99% complete’, and the pictures show there are four wheels, doors, windows, an engine and seats, meaning the 1% missing can’t be anything too significant. It still has its original 1.3-litre inline-four engine and, according to the seller, ‘the engine turns by hand, never tried to get it started’. An interesting description of the car’s drivability you must admit.

Some soap and a good vacuum cleaning will get the interior of the car looking good again, as the pictures show it to be dusty, dirty, and a little bit shaky. There are also rare wraparound head rests on the front seats, to make you feel like a rally driver, or a young child.

Looking at the outside of the car, it clearly needs some work on the body, but the sale does include spare panels and parts to perform such a job, including wings, sills, a floor panel, a bonnet, two bumpers and boot lids. And if you’re not happy with the original engine block, there’s a spare one of them too.

At £1495 it’s a cheap rare buy, and the costs of restoration shouldn’t add much to that thanks to the inclusion of spares. Check out the listing if you're suitably tempted.