Why the new Porsche 935 is a worthy successor 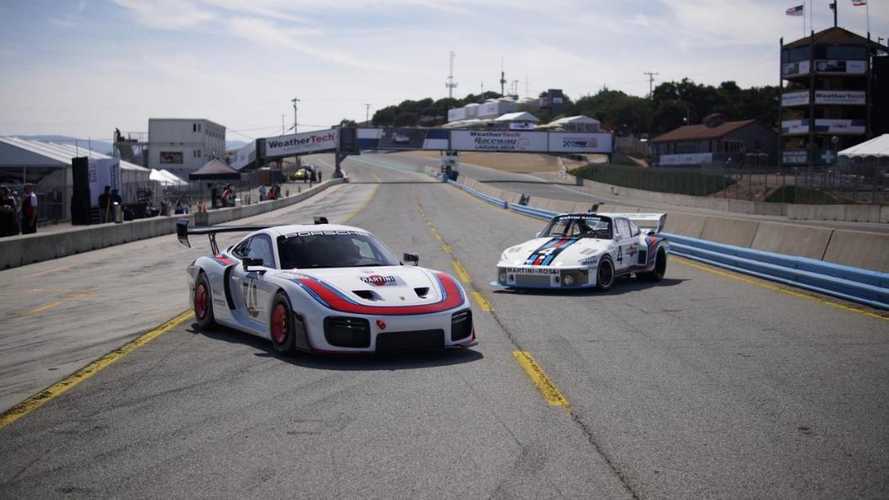 ‘I think the original 935 became an icon so to speak, not only with racing successes, but because of the way it looked,’ explains Porsche stylist Grant Larson. ‘Our part with the flat nose started in July of 2017, where we had three or four days to come up with some drawings for what the new 935 could look like.’

We don’t know about you, but we think Larson and his team cracked it. The current generation 935 captures all the aggressive lines from Porsche’s 1976 original, yet injects hefty dollops of contemporary flare to proceedings.

Better known as Moby Dick, the new 935 was revealed during the Rennsport Reunion at Laguna Seca back in September as yet another 70th birthday present from Porsche to themselves. Unlike other creations, you can buy a new 935 from the showroom, if you’ve got a spare £750,000 and the limited-run of 77 vehicles haven’t been snapped up already.

It’s limited use, too. You can’t pop down to the local WholeFoods for corn-fed milk with the new Moby Dick, as it's limited to track-only manoeuvres. A bit like the original, you’ll have to stand track-side to get a glimpse.

It’s not just in ethos and aesthetic design that the new 935 encapsulates the genesis model. While it’s a 911 GT2 RS under the skin, with a 690bhp 3.8-litre twin-turbo flat-six powering the rear wheels with a seven-speed gearbox for company, there are nerdy racing nods throughout.

‘One feature we are proud of is the exhaust pipes,’ Larson continues, casually walking to the back of the vehicle as he explains the connections that Porsche’s new boy has with its predecessors.

‘For me, exhaust pipes are always an element that show the power and this is a further development of the exhaust pipes Porsche used on the racecars in the 1960s, and they always put this little separate element inside the pipe to keep it from deforming’.

Larson took the retro car one step further, following the same basic design, the Porsche team could have tailored the system to be entirely printed out of titanium, yet instead they went for the hand welded approach – just as they did back in the day.

‘When we first designed the car it was very important that the front grills were 100% taken over, which is also the place where we integrated the front headlamps, and another thing for us was, of course, the car has a long tail.

‘Whether it’s the old version or this version, you look inside that long tail underneath and it’s kind of a tunnel effect. It’s like a car inside a car’.

For those of an anorak nature, you’ll notice the wooden gear knob as a hark back to the monstrous 917, while the LED lights certainly have a 919 Le Mans feel about them. Side mirrors come straight from the 911 RSR endurance racer, with the aforementioned exhaust pipes screaming 908.

Some critics have called the new Moby Dick 935 something of a parts-bin special, but everything is a matter of perspective. After listening to the Porsche team explain their styling cues, we firmly believe the new 935 is the modern incarnation of arguably Porsche’s finest racer of the 1970s.

Gallery: Why the new Porsche 935 is a worthy successor