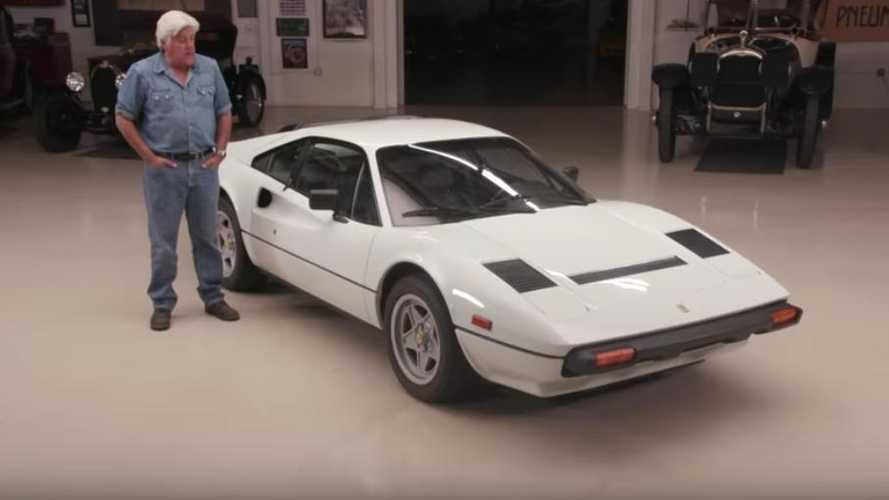 Calling any Ferrari ‘affordable’ shows the wealth of a man, but we can let Jay Leno get away with it – especially when it’s a 1984 Ferrari 308 GTB he’s talking about. Once the foray of those who wanted to be Tom Selleck, what Leno showcases in his latest video is a story greater than any Magnum, P.I. plot device.

Jay talks with Donnie Callaway, the man so affected by Ferraris that he dedicated his life to them. Callaway’s father used to race Ferraris, so his childhood wa filled with infectious stories surrounding the Italian marque.

‘Growing up in Los Angeles, back then they were everywhere. A little more than now, I think. You just get addicted. You’re hooked. The smell, you touch them and they’re soft. They’re amazing,' Donnie told Leno.

Infatuated at a very early age, Donnie pursued a career as a Ferrari mechanic. He begged the local establishments, but they informed him that he was going about everything the wrong way. Told to try the local dealership first as a form of initiation – Hollwood Sportscars – Donnie begged for a job and was taken on a delivery driver aged only 21.

Except, this was a delivery job with a difference. There was no van and no boxes to carry; Donnie was personally delivering factory-fresh Ferraris to new owners. Celebrities, actors, politicians, Callaway got to hang out with society’s elite. It was therefore only a matter of time before he wanted one for himself.

Hollwood Sportscars eventually took delivery of a brand-new Ferrari 308 GTB in White. Donnie fell in love, yet fate had other ideas. Unwilling to allow Callaway to pay in instalments, he simply couldn’t afford the Ferrari outright on his wages. Despite his pleading, the car was sold.

‘Fast forward a bunch of years, I’m restoring Ferraris and it’s my hobby that affords a very nice lifestyle. It’s my passion and I go crazy about my restorations. I have a little bit of money saved so I reach out to my parts guy who dismantles these [Ferrari 308s] and I ask if there is anything available’.

As it turned out, Donnie’s supplier had a 308 GTB poised for chopping. Donnie couldn’t see it go to waste. ‘There’s just one problem’ he was told. ‘It’s white’.

To understand the animosity around white Ferrari 308s, you need to turn back the clock and remember that Magnum P.I.’s Ferrari was red. And to those with money, only a red Ferrari would do. For Donnie, however, having fallen in love with a white example back in 1984, he had to have it. Then, upon seeing the vehicle, he realised the Ferrari was the very one he longed for originally. Thus started the restoration of Donnie’s dream car…