This 1996 Vectra Supertouring will change you mind on Vauxhall 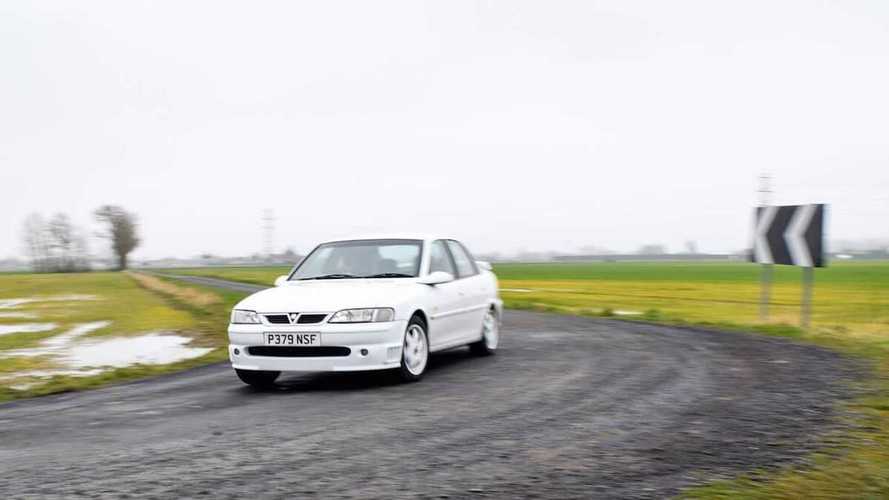 After a Vauxhall that defies the Luton stereotype? This 1996 Vauxhall Vectra Supertouring is just the ticket. It's rare, it's quick and it's only covered 10,500 miles!

The Vauxhall Vectra defies logic. Sales figures could have given Sesame Street’s Count von Count a seizure, while the Vectra provided dependable transport on the cheap for thousands of families. Yet, the humble waif-look saloon currently enjoys the same affection we currently give to sandwich wrappers.

Talk to anyone about the Vauxhall Vectra and you’ll be greeted with a glazed look before their face melts off. However, there was a black sheep amongst the salesman chariots. The Supertouring. And this one's for sale for under £4,000!

Yet, before you even think it, we have to point out that this was not a road-going rally car. It wasn’t at all similar to the beloved Vauxhall Carlton, on which all other fast Vauxhalls are judged. Rather, this was a committee-inspired market exercise to inject the tarnished Vectra with a healthy dollop of Max Power street credit.

Besides boasting an ultra-ASBO paint scheme and sporty brake calipers, the hull sat on low-profile tyres and hard-hitting touches were styled into the bodywork. The front air dam boasted aggressive ducts, while the racing wheels could bring tears to a glass eye. As could the asking price.

Created to mark Vauxhall’s success in the British Touring Car Championships, the SuperTouring was wholeheartedly exclusive in a land populated with cheap Vauxhalls. Available for £25,000 (£46,000 with contemporary inflation), the model was on the market between November 1996 and September 1997. No more than 500 were made and of those, only half were installed with a V6 under the bonnet.

Thing is, while the Supertouring brings extra clout and heritage to a marque currently experiencing upheaval, finding a good one is the work of Satan. You usually have to sell your soul before a low-mileage example makes itself known. Which is why the discovery of this healthy specimen is rather fortunate.

Although devoid of V6 power, this Vectra Supertouring will still snort the tarmac with a strong 2.0-litre four pot offering enough grunt to keep most chavs at bay. There’s 134bhp on tap, good enough to breach 60mph from a standstill in nine seconds.

Boasting a full service history, this is limited edition number 65 of only 250 2.0-litres made. Better still, there’s only 10,500 miles on the clock. As it turns out, it’s the very same Vectra that AutoClassics tested back in September – and we can confirm that the Vauxhall drives beautifully.

Recently serviced and gifted a new timing belt and idler kit, the Vauxhall comes with a 12-month MOT, the original handbook, service log and Network Q pack. Two keys are supplied alongside a plethora of receipts for work undertaken to keep the vehicle in top condition.

So, after a Vauxhall that doesn't conform to the Luton stereotype? Get a closer look at the 1996 Vauxhall Vectra Supertouring here.

Gallery: This 1996 Vectra Supertouring will change you mind on Vauxhall