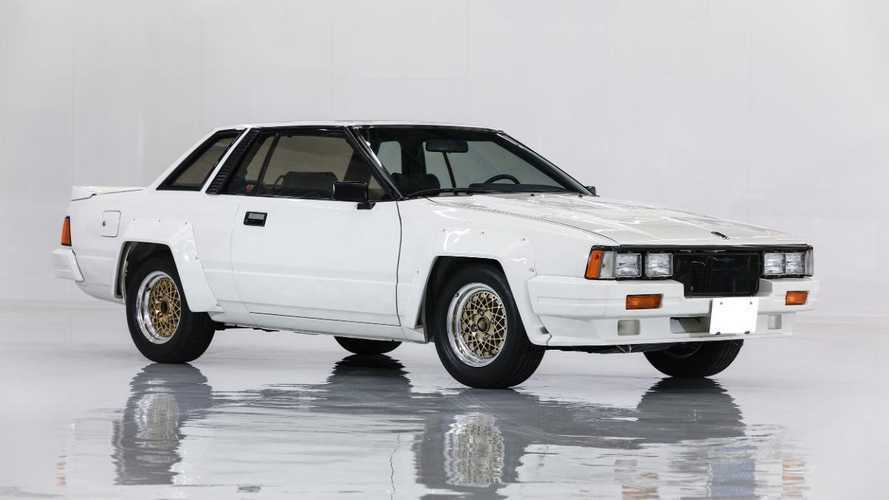 If you ask any rallying fan what the best era of the World Rally Championship was, they’ll probably say two words: Group B. This rulebook ran from 1982-86, and led to some of the fastest and most powerful rally cars of all time.

It got to a point where such performance levels, and the desire of spectators to be as close to the action as possible, meant Group B cars had to be outlawed. Owning a limited run Group B homologation car, as cool as it is, is a brave thing to do. BH Auction is selling one of Japan’s contributions to the Group B era, a pristine, low mileage example of the Nissan 240RS at the Tokyo Auto Salon early next year.

More on Group B rallying...

The 1983 Nissan 240RS was a follow up to the Datsun Violet GTS, meaning it already had sound rally underpinnings. It had cool squared wheel arches and fender extensions, used light polymer panels and had an upgraded 265bhp normally aspirated engine. This didn’t make it an out-and-out beast like its European counterparts, but it was built to last and got podium finishes off the back of that.

To meet the FIA’s homologation requirements, automotive companies had to build Group B cars that were road legal, which led to 200 of these Nissans being built. BH Auction is selling chassis #000142, which has covered just 384 miles (585km) in 35 years and still looks new with its bright white paintwork.

It has the same features as the rally car, such as the unusual wheel arches, the tube that brings cool air straight into the cockpit and space for a spare wheel in the rear, but also comes with more user friendly gear such as windows that open, indicators, and plush seats.

While the likes of the Audi Quattro are always feted as the peak of rally-inspired road cars, this limited run Japanese classic is in a condition few Group B homologation specials can rival. It crosses the auction block on January 11-13 in Tokyo next year. And if you don’t like driving it on the roads, then take a turning and head for the forests.