This rad Chevrolet Camaro IROC-Z is so 1980s it hurts 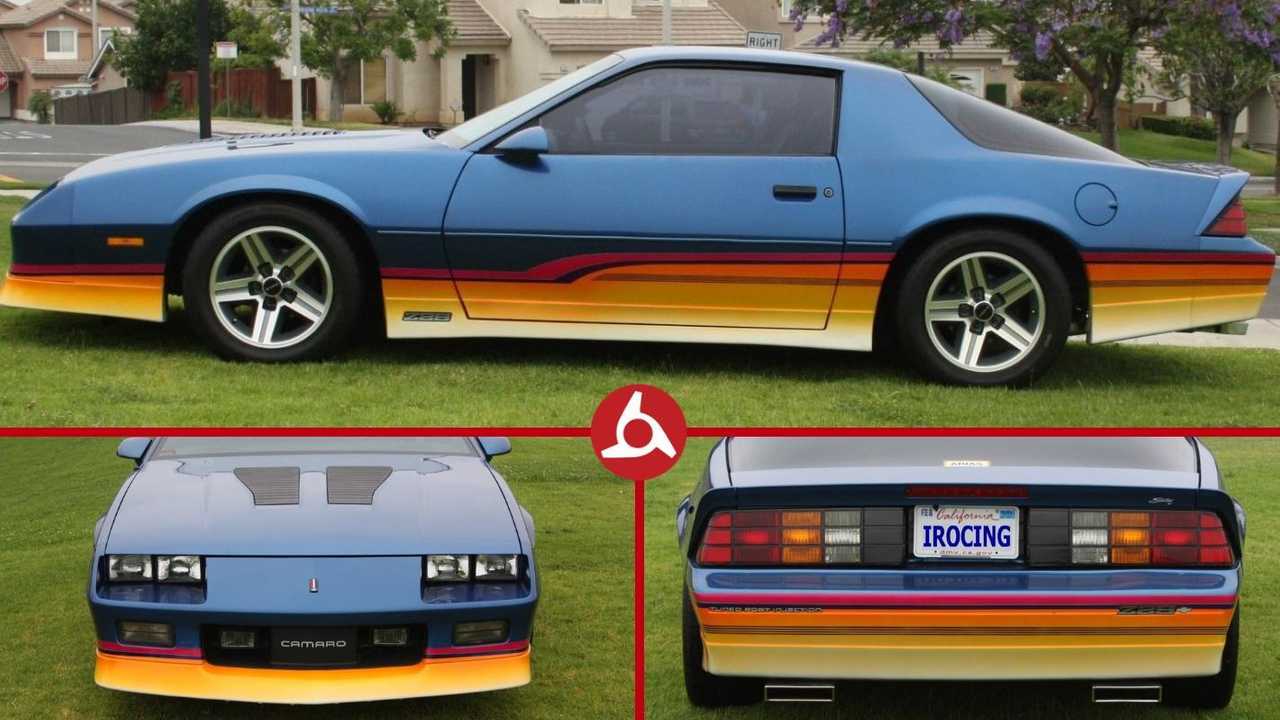 Hidden in storage for almost 30 years, this motorsport-inspired Camaro is a splash from the past

Named after the championship it raced in, the Chevrolet Camaro Z28 IROC-Z was General Motors’ contribution to the International Race of Champions.

It took the best of the 1980s Camaros and Corvettes, and put them in one slightly mad car. It had a 5.0-litre V8 engine, automatic transmission, race-standard suspension and a lowered ride height. One is for sale on eBay, and has been taken even further in its madness.

After being purchased new back in the 1980s, it was taken to a suspension shop and was lowered by a further inch. What was already a thrilling ride was now even edgier. The owner also took it to a professional stereo shop, where they ‘threw the checkbook at it’, replacing the Sony in-dash Sony CD/stereo system with a Pioneer one, and adding 16 Rockford Fosgate speakers, woofers and amps. Two speakers have since been removed, and the dashboard now has a one-piece speaker with built in tweeter.

Wheels designed specifically for the IROC were included, and the original owner bought a spare set in blue. The original wheels, and any other parts of the car that have been replaced, will be available in the sale. A brand-new fuel tank and fuel pump have also been installed, with a spare fuel tank one of the additional items in the listing.

As you can see in the photos, this car is quite a looker, and contains a mix of original graphics by renowned automotive finishing artist Pete Santini. The most accurate description of the livery would be a retro Californian sunset.

Despite the obvious desire one would have to show this car off, it remained in a Californian garage for almost 30 years and came out looking not too different. There were a dew paint chips at the front, but Santini was found again and he refinished the area, repainting all the graphics in the process and putting his signature on the dash.

In February this year, the original owner sold it on to a qualified technician, who wanted to give the car to his wife. She believed it was ‘too nice to drive’ (naturally) and thus it’s up for sale again. It’s covered less than 20,000 miles since new, and has had a bumper-to-bumper review, with work on seals, fluids and numerous other parts of the car to ensure it’s as good as new for a buyer.

The car has air conditioning, cruise control, power locks and seats, and is being offered at a ‘Buy it Now’ price of $24,600 (£19,220, €21,800), although offers can be made under that price. It’s lacking a warranty, but it’s definitely got a certificate for good looks and retro thrills.

Gallery: This rad Chevrolet Camaro IROC-Z is so 1980s it hurts