Watch: Why a 412 was two friends' dream Ferrari 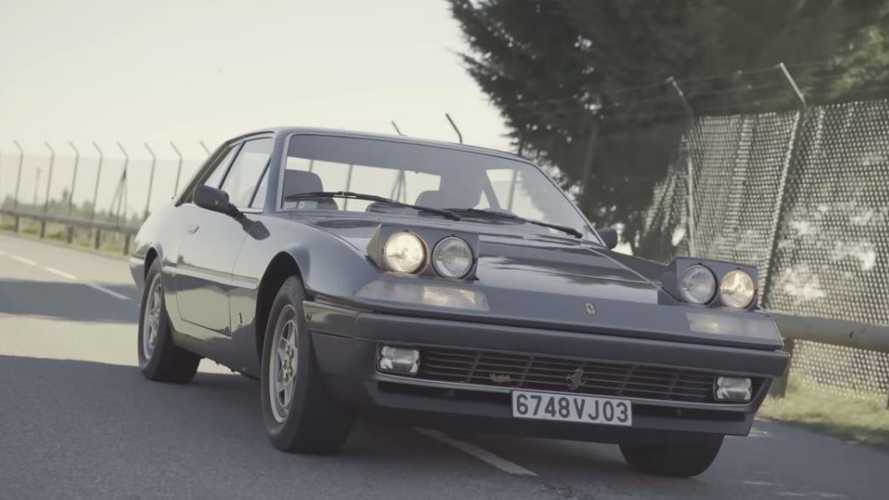 Petrolicious’ latest video visits two childhood friends who had long desired to own their own Ferraris. And with this video being set in rural France, it has romance, poetry and V12 engine notes in abundance.

The story of the video is shaped around a visit by a pair of French car enthusiasts to the Auvergne car garage in France, 1988. Times are rough, but their first meeting with garage owner Philippe Gardette goes well, as they’re invited to sit in one of his Ferraris. Our story's protagonists recount having ‘stars in our eyes’ in that moment. Before you know it, both had Ferraris of their own.

‘We already had an idea what cars we wanted. Eric’s a little sportier a 308 GTB, mine a GT, but still a V12, which led me pretty quickly to a Ferrari 412,’ says our story's protagonist, who drives his prized possession through the (previously quiet) French countryside in the video.

The Ferrari 412, also known as Tipo F101, has a 4942cc V12 engine and a five-speed manual gearbox. It’s Pininfarina-designed 2+2 saloon shape and lack of sporty Ferrari looks puts it at odds for most fans of the prancing horse and Italian design house, but to some it is like the gods have pencilled a car.

‘It’s the ultimate classic design. I’d say it’s perfect. Pininfarina was a great Italian designer. I would have loved to have been a designer but it didn’t work out that way. I do sketch this car from time to time. The V12 was the last of the Ferrari V12 line. It’s a super car, and ultimately every time you start it up, every times you press that gas pedal, it’s like magic. A Ferrari, it’s music to the ears.

‘There’s something rustic about the car, even powerful. There’s a certain feel with the old cars, and what I most wanted, down to my toes, was a powerful car. To have that thrill, feel the change in speed, to accelerate and know the exact moment you need to change gears. That’s a really perfect moment.’

To get to the stage where they had Ferraris of their own, the two friends had visited car shows, factories and dealerships, before finding themselves at Auvergne.

‘Manuel and Eric, that’s a pretty special story, because they had the courage to just come over one day, to follow their passion,’ recalls Gardette. ‘Their desires were so strong, they were so determined. They knew exactly what they wanted, what they had their hearts set on. They had some doubts, of course, so I tried to encourage them by telling them a Ferrari wasn’t out of reach, that they were right to dream, because dreaming is what life is all about.’

Gallery: Watch: Why a 412 was two friends' dream Ferrari