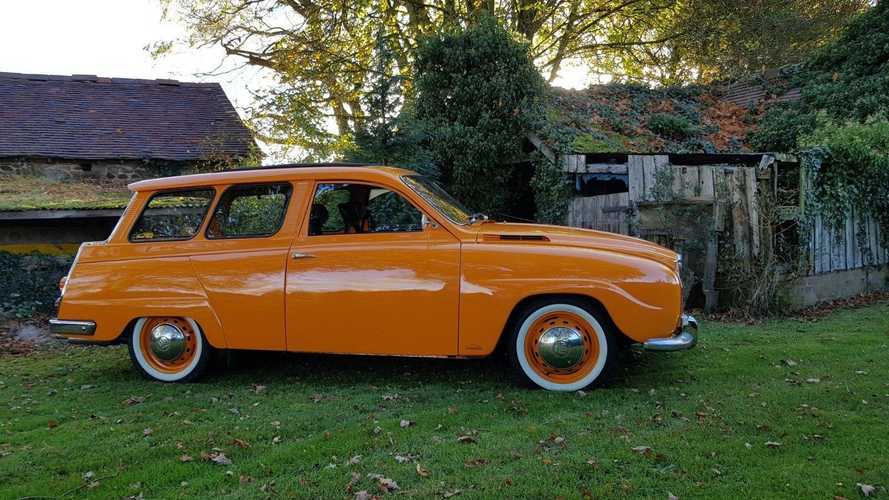 One of the all-time Swedish classics, this 95 V4 is an example of Saab’s finest – and some tuning means it’s faster than it left the factory

At no point in its existence was Saab conventional. Its roots in aviation led to radical designs during its formative years, building a reputation for going against the grain which held true right until its death knell from bankruptcy in 2011. For those who adore a Saab’s unique Swedish charm, this bold 95 V4 estate which has appeared on eBay is a fantastic statement to show you refuse to follow the crowd.

Featuring a design radical and well ahead of its era – Saab released it in 1959 – the 95 added some interesting flair to the American concept of a station wagon. Its background in aviation meant all Saabs, 95 included, had some incredibly low drag coefficient numbers, making them quick and agile despite being offered with only a two-stroke, three-pot engine at launch.

Wind the clock forward to 1967 and a Ford-derived V4 unit was added to the 95 line-up – the very same engine which this car has under its hood.

But this particular 95 V4 engine has undergone a thorough rework, raising its power output from the standard 73bhp all the way up to 120bhp. A Garrett turbocharger has been added, while the engine has been converted to electronic fuel injection and new pistons have been fitted from a Volvo B21 donor engine.

Its restoration was clearly rally inspired, no surprise given Saab’s legendary status in off-road circles thanks to Erik Carlsson’s exploits with the Swedish mark – he even piloted a 95 at the iconic Rally Monte Carlo. A Saab Rally Sport gearbox has been fitted to compliment the increased power output, while Rally Sport-style vents have been fitted to the bonnet.

Just as impressive though is this 95’s presentation, repainted in its original factory Indian Yellow. Colour-coded wheels are also complimented by matching piping in the car’s interior, which has been fully re-trimmed with new carpets and Dynamat lining to improve soundproofing. Even the valve covers on the engine are colour coded!