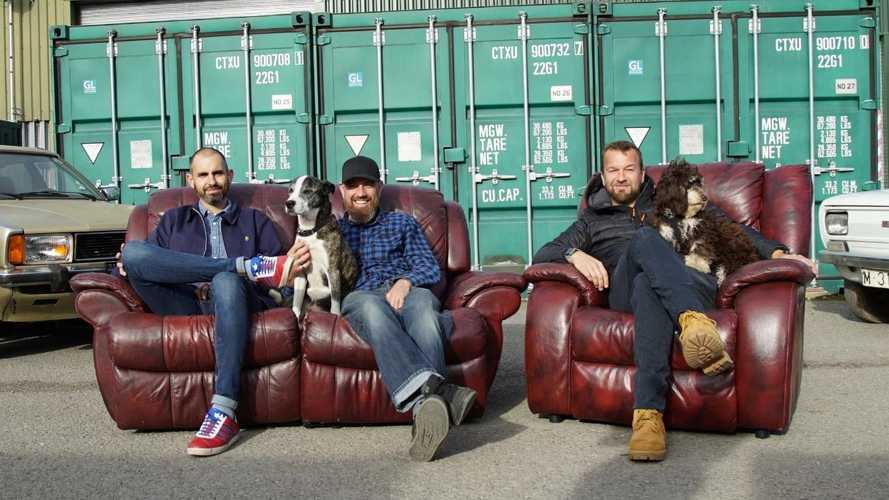 A 1980 Ford Fiesta, 1976 Ford Escort Estate and 1977 Ford Taunus, a German version of the iconic Cortina, are the top three cars that are heading to Stamford's upcoming auction on December 2, and all lots are being offered without reserve. All the cars have initially been bought by the crew of the show and it’s unknown how much they spent on the cars.

Smith and Ford are joined by Tim Glover of the classic car workshop RoadHouse Motor Company for the new TV show, which is being produced by October Films. The show will focus on, much like AutoClassics, searching around for affordable rare and unusual classics in several countries, and then transporting them to the UK to be restored and sold on. Before flipping them in hope of a profit, each car has to be brought up to a requisite standard by the crew, otherwise they have failed in the task.

Filming will be taking place at the auction in Stamford, Lincolnshire on December 2, where seven other cars will be on offer. These include a white 1975 SEAT 133 with Martini racing stripes, a 1964 SEAT 600D, both from the days when the Spanish brand shared a platform with Fiat, a Series I Ranger Rover from 1987, two German classics in a 1988 VW Jetta and 1978 Opel Kadett C, a 1988 Renault 4F6 and a 1971 Toyota Carina.

Those interested in buying a slice of retro European unexceptionalism can find more information and register for Stamford’s auction at their website. For a true telly experience, you can bid from your phone rather than turning up to the auction, but it’s recommended that you attend so you can view the cars in the morning before they’re sold in the afternoon.

December 2 is still several days away, so why not check out our classifieds and buy a classic car today. It may not be a TV star, but it could be a racing one, or a celebrity owned classic...