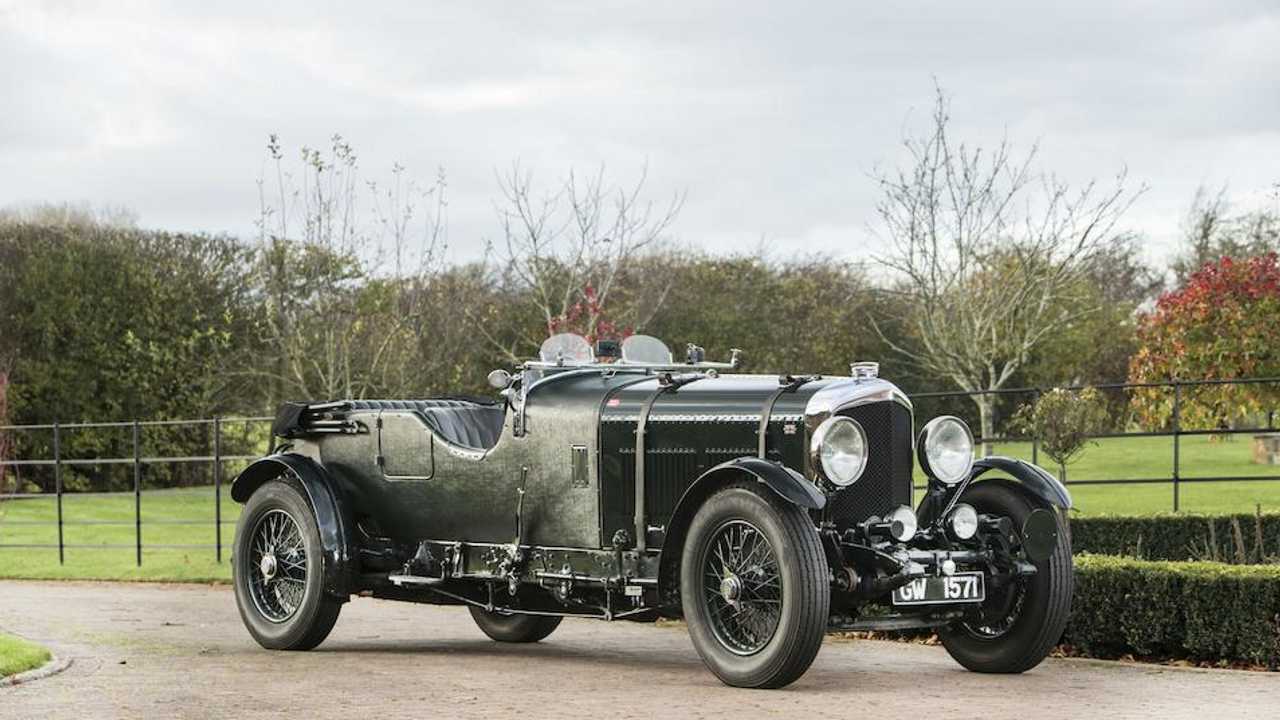 Built just before Bentley went bankrupt in 1931, this 8-Litre open tourer has a surprising amount of history attached to it

With a big engine, bodywork in the style of one of the great coachbuilders, and affinity to international roadtrips, you could easily mistake this car for a Lamborghini on description alone. This 8.0-litre giant is in fact a Bentley Open Tourer, and is almost 90 years old.

The Bentley 8-Litre, with its massive engine, was unsurprisingly the largest car Bentley made in its Cricklewood factory. It was also the last brand new model before the firm went into bankruptcy, being produced between 1930 and ‘32.

This specific model, chassis no. YX5116, has a well documented history and has travelled the world. It was delivered to its first owner in March 1932, with a H. J. Mulliner body rather than the current Vanden Plas one, and had a 12 foot wheelbase. Newspaper mogul Sir John Arnolt owned the car through the second world war, with one of the later owners in the 1960s removing the Mulliner body and replacing it with the Vanden Plas one.

At the turn of the century the car started touring with Bentley Drivers Club member Terry Lister, joining the International Bentley Tour of South Africa in 2001. A year later it appeared in a similar rally event in New Zealand, and made a second appearance in South Africa in 2006. It then stayed in England, and visited British Grand Prix venue Silverstone on occasion. It continued in a variety of concours, circuit and tour events until 2012, when it made its third and most recent appearance in the South African tour.

Two years ago it entered the first ever International Bentley 8-Litre Rally, but Lister had to pull out of driving at the last minute due to a broken Achilles tendon. Thankfully a replacement driver was sought at short notice and Lister’s car, now at over 70,000 miles, was able to compete.

The car’s rallying career does not have to end now, despite it being put up for sale, and there’s nothing to say the mileage can’t be doubled by a careful owner. The original Mulliner body accompanies the sale, meaning you can see how the car would have originally looked like, and a production plate absolutely verifies that this is the same Bentley that rolled off the production line in 1931.

As the production of the 8-Litre came just before the company went bankrupt and was bought by [Rolls-Royce](), it means that not too many spare parts were made, and therefore even fewer are available today. Thankfully the large and knowledgeable Bentley owners community can be of assistance for the new owner of this classic car.

Gallery: The 8-litre Bentley monster that marked the end of an era