College-built restomod Ford Sedan is too cool for school 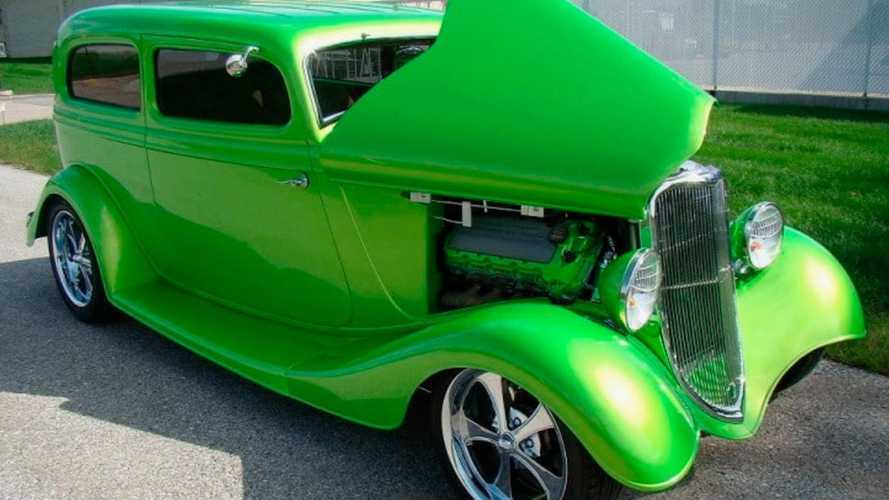 School projects are usually pretty boring these days and represent little more than a box ticking exercise for most subjects. However, Metropolitan Community College in Nebraska, USA has been invigorating students with a hot-rod rebuild project for the past four years. Now this highly modified 1933 Ford Sedan is heading to auction.

The shell of the vintage Ford was donated to the college four years ago, with the notion that students could learn practical skills while rebuilding the car. Places on the team to restore and modify this hot rod weren't handed out freely, with five students from the Auto Collision Technology and Automotive Technology courses having to earn their place. Other students joined the project at later points, with both teams learning to work together and compromise when necessary.

Instructor Pat McKibbin, speaking to the Sandhills Express, said: ‘The idea behind this was to have all new technology so you could drive it like a regular car and not break down and get good gas mileage, good performance and have it handle well but look like an old car.’

Students worked hard to create space in the cramped engine bay to fit a 5.0-litre Ford Coyote engine, no easy task, with the project being finished back in March. ‘They showed up on their days off, they showed up on nights and weekends’ continued McKibbin, clearly very proud of the hard work his students put into this car.

The Metropolitan Community College hot rod is to be sold at the Mecum Auctions Kansas City event next week, with the money raised set to fund another car-build project for students. The aim would be to create two cars simultaneously to allow a greater number of enthusiastic pupils to get involved.

We think this mean ‘anti-freeze’ green machine looks great, and the whole project is a fantastic way to give the next generation of engineers, mechanics, and restorers the education required for their fields. We hope the car sells for big bucks, it certainly deserves to.

Gallery: College-built restomod Ford Sedan is too cool for school