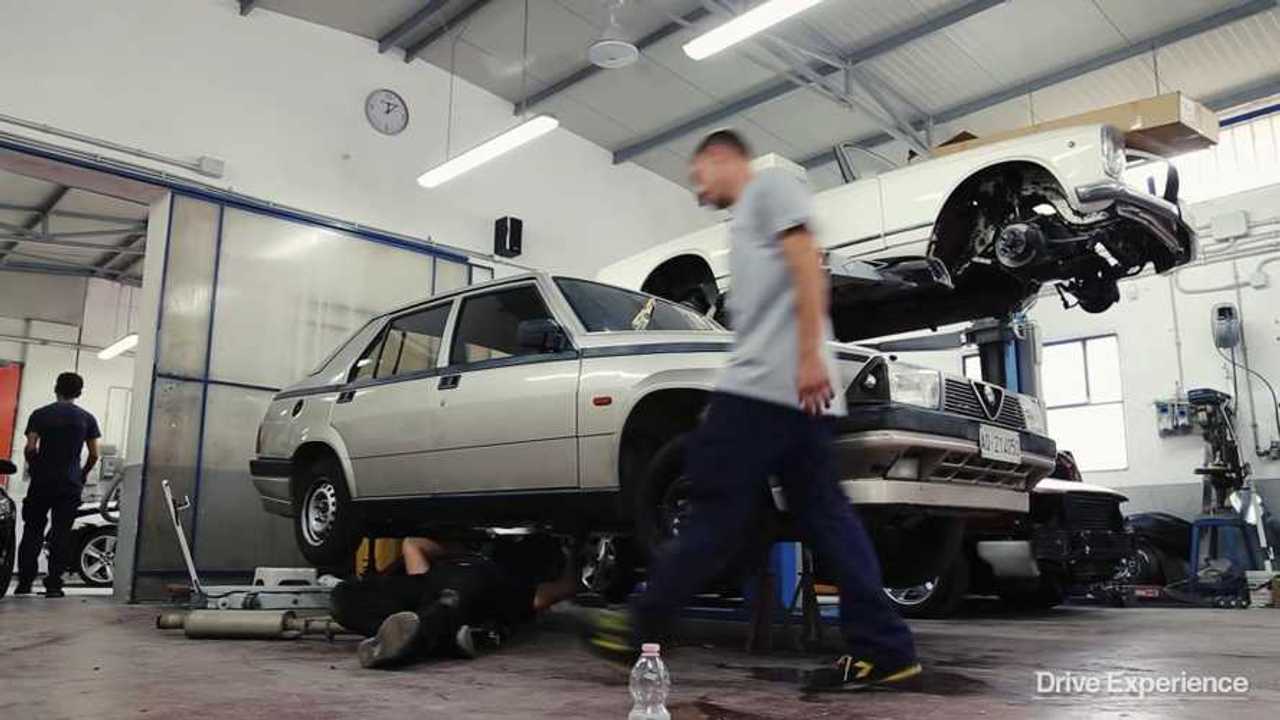 Having been left to rot so long that a chicken coop was built around it, this classic Alfa has been restored into a Group N gem

Italian YouTuber Davide Cironi ha embarked on an inspiring mission: taking an Alfa Romeo 75 being used as a home for animals and turning it into a road legal Group N touring car.

The Alfa Romeo spent nearly two decades parked not too far away from a house, and after a while a chicken coop and a building were built around its parking place. It wasn’t just a building and plants that had obscured the Italian car, but a variety of animals such as chickens, rats and insects, that built nests in the car and made it their home.

Cironi initially thought it was a 1.6-litre car, and was planning a heavy restoration, until closer inspection revealed it to be a rare early carburetted 2.0L car. His video picks up from when he and his friends attempt retrieving the car with some shovels and a bobcat digger. It took a while, with some handy sped up footage in the video, but he eventually managed it and got a first look inside the car for almost 20 years.

First impressions were the car smelt like rats, but some interesting titbits were found including 200 lira, what looked like a bullet casing, a newspaper from March 2000 and the final insurance document for the car, from about half a year earlier. There was also some garlic in the trunk to fend off automotive vampires.

Although the car looked and smelled horrific, it didn’t seem too mechanically impaired. The gearbox, a noted weakness in Alfa Romeo 75s, was smooth, and with a change of battery and some new oil, the engine would’ve been able to start. The next step for Cironi and his friends was to get the car washed, inside and out, which involved removing all the seats. Having decided he’d now tune the car into a Group N machine, the standard road car seats were never put back in.

Once the remainder of the animal nests were pulled out of the engine bay, the Di Vitale body shop lifted out the engine. With stock AFRA original Alfa Romeo parts that Cironi had sourced, they were able to improve the performance of the engine, including increasing the rpm.

To make sure it looked the part of a Group N racer, the car was given a full body spray paint job in classic Alfa red, which involved a heating process. New head and tail lights and sideskirts were also added, as well as Yokohama tyres from Mac Auto. Once the job was done, the car was taken to a car show, where it proved quite the star. One thing the video never showed though was the car being driven in anger – that's to come in a later video. Stay tuned!