Barn-find 1972 Ford Escort Mexico is a risk worth taking 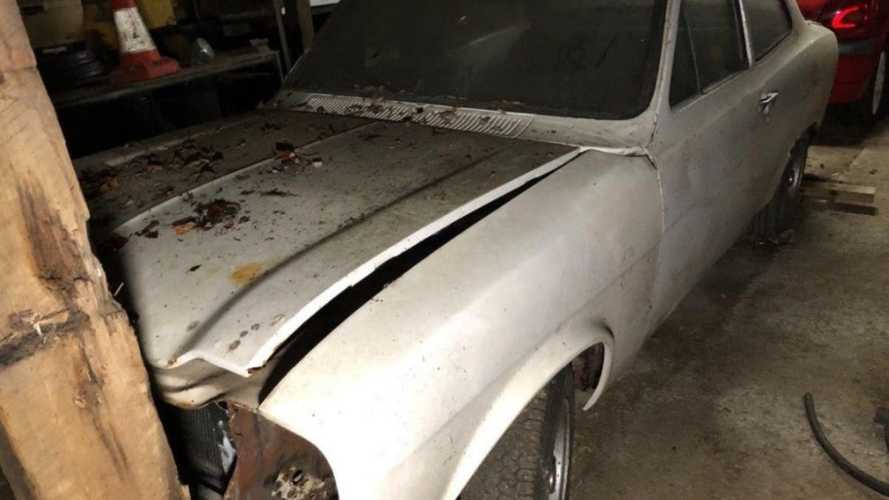 This white 1972 Ford Escort Mexico has been off the road and in storage since 1991. Recenty unearthed from deacades in a barn, could this be the ultimate classic car project?

Genuine barn find Ford Escorts are seldom found. The chances of stumbling across a first-generation Ford Escort Mexico are rarer still, which is exactly why we sat bolt upright and to attention upon spotting this 1972 example in need of restoration.

Bought by the current vendor as a project back in 2012, the plan was to renovate the Escort Mexico as a family venture. However, due to unforeseen circumstances, the car has remained in a barn untouched ever since and is now up for sale.

First registered in August 1972 and last taxed for the road in October 1991, this Escort Mexico Mk1 has avoided the harsh rays of summer and unforgiving winter roads for 27 years – as such most of the car is original.

The interior has been mostly stripped, but a number of parts will be supplied with the sale, including a set of new front wings. The engine and drivetrain will require a complete rebuild and the shell would benefit from a complete strip-down, but once completed you’ll have one of the hottest cars on the market.

The Escort Mexico came about in celebration of Ford’s victory during the 1970 London to Mexico World Cup Rally, driven by Finnish legend Hannu Mikkola and Swedish co-driver Gunnar Palm.

As time marched on, most of these special Escorts rusted away to nothing, or found themselves stolen, crashed or burnt-out after a joyride and subsequent police chase. As such, with popularity currently at fever pitch, good examples sell for eye-watering amounts of money. Projects are not far behind, with this genuine barn find priced at £10,500. No offers will be entertained.

Subsequent generations of Ford Escort revived the Mexico name, but nothing can touch the original for sheer charisma and rally pedigree. As the genesis model for all fast Fords that followed, as a legitimate barn find, this could just prove to be the project of the decade. Get a closer look at the project's online sale here.

Gallery: Barn-find 1972 Ford Escort Mexico is a risk worth taking