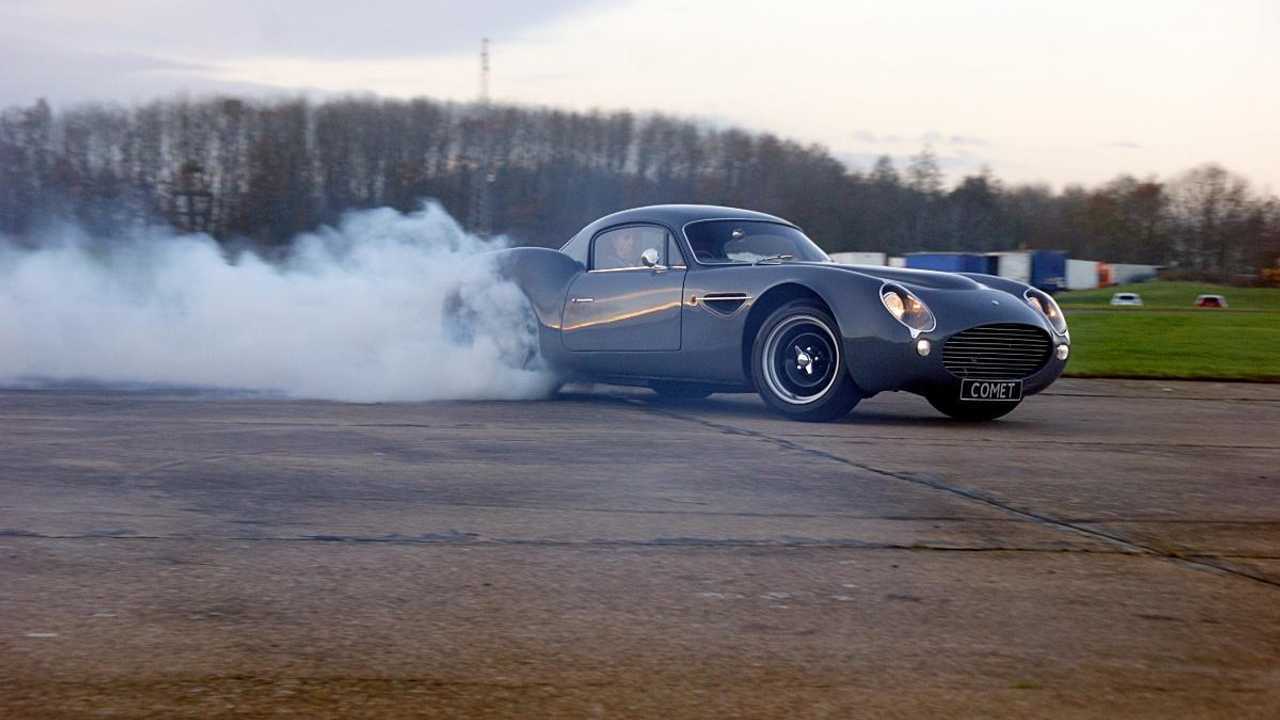 Dowsetts Classic Cars showcased the new collectors item upon a static display during the British event with kind permission from the car's first owner. Having drawn interest and crowds, the next stage of public exhibition took place over the weekend at Bruntinghthorpe Proving Ground in Leicestershire.

A brand new, fully IVA approved vehicle, designed and styled by Anstead and the Dowsetts team, the Comet uses a tried-and-tested General Motors LS3 V8 crate engine. Mated to a lightweight 3000lb frame, the Comet can breach 60mph from a standstill in only 3.9 seconds and continue on to well over 150mph.

No stranger to Anstead's autmotive creations, Bruntinghthorpe Proving Ground was chosen as the ideal location to demonstrate the Comet's abilities firsthand.

Calling on the services of respected driver and circuit instructor Adam Crowton, the Comet was pushed hard throughout the afternoon without any mechanical protest - remarkable when you consider the car had less than 3 miles on its odometer. TVR will be shaking in their boots.

Adam returned with high praise for the vehicle's balance and planted rear end, with visible attempts to unsettle the Comet on Bruntingthorpe's tight chicane resulting in little-to-no loss of control.

Anstead opted for a front-mid engined layout with the Comet and its open sister, the Barchetta, both of which use fibreglass body shells over spaceframe chassis. A huge fan of Italian styling, the Comet can be viewed as a greatest hits album, combining inspiration from Lancia's Flaminia Sport Series 1 and the Ferrari 250 GT SWB. There's also a bit of Aston Martin Zagato in the aesthetic DNA, we reckon.

Comet specifications can vary: this particular car, the first of its kind, uses a Tremec five speed transmission, a limited slip differential and a De Dion-style rear end. Final drive ratios can be chosen, along with interior appointments and fitted luggage; this car has a restomod/pro touring-inspired cockpit trimmed and fabricated by Awesome Classic and Custom Upholstery of St . Ives, Cambridgeshire.

Dowsetts can be contacted here and is taking orders for the Comet and Barchetta now, price according to specification.