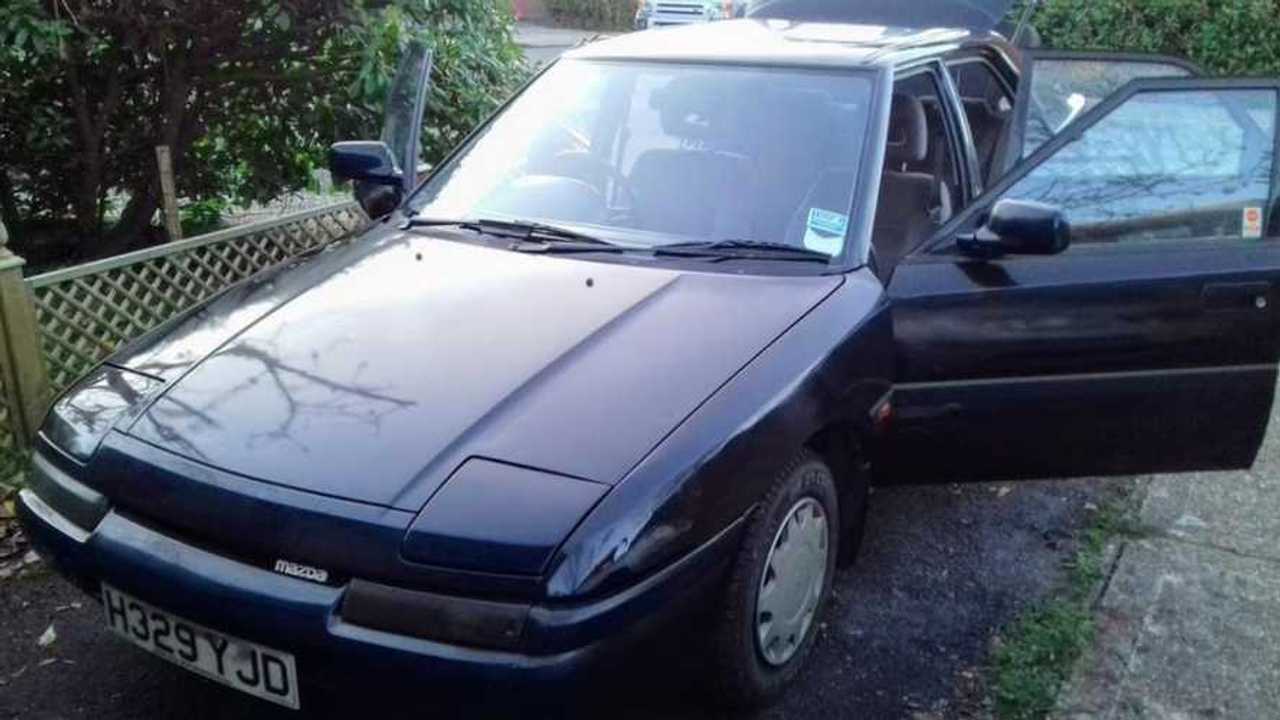 Discovered in the old garage of a freshly-purchased house, this rare Mazda 323F hasn't seen the light of day for over a decade. Remarkably original and surprisingly healthy, the Japanese sports saloon is now up for sale

With an inexplicable number of aspirant classics emerging as ‘garage finds’ in search of heightened asking prices, it’s easy to write off such assertions as the claim of a chancer. Yanked from a hedge or dredged from a canal, the excitable term now appears to cover any old car from every situation. That said, we appear to have a genuine find in this 1990 Mazda 323F.

Upon buying a new house, the seller’s father-in-law stumbled across the sporty-looking Mazda as it languished within the property’s accompanying garage. While we can only assume that the acreage was purchased as a real estate deal, what we can tell you is the log book was sourced from within the house before then being misplaced. A replacement is on the way.

The Mazda had been garaged since the MoT expired back in 2008, and as such boasts straight panels and unblemished paintwork. The only gripe remains a cluster of minor scuffs on the right-hand wing. The underside appears to be devoid of rust, with wheel arches and flanks free of excessive corrosion.

The interior is exceptionally clean and all lights, including those epic front pop-up headlamps, work as they should. All the electrics apparently function without protest and the power steering hasn’t aged a day. The odometer displays a recorded 92,000 miles, but the vehicle's overall condition masks almost any usage at all.

Unlike most advertised ‘garage finds’, the vendor has had the Mazda running to ensure the temperature needle didn’t skyrocket into the red. As such, the engine appears to be in rude health. What will need attention, however are the tyres, of which all four were soft and flat. Removing the wheels shouldn't prove too much of a problem considering the original tool kit is 100% complete.

The 323’s brakes were pretty seized and would benefit from a complete overhaul, as would the fuel lines after a decade in slumber. As you would imagine, the battery could do with being replaced and a full service would be advisable.

Critics of the time lampooned Mazda’s 323 for trumpeting the excitement of Earl Grey tea, but the unusual model remained an interesting option within a sector of mostly try-hard vehicles. The 323F – indicating a Fastback bodyshell – housed a sports car-inspired cabin with bucket seats and a three-spoke steering wheel. The 1.8-litre 16v GT was surprisingly quick, resulting in perhaps the greatest Q-car of a generation, but that’s not quite what we have here.

Under the bonnet of this long-forgotten example is the rather reliable 1.6-litre. It still has a 16v set-up and remains quite the mover with 103bhp on tap, but for collectors of up-and-coming Japanese classics the drivetrain won’t create much excitement.

For those seeking a project that won’t require the earth to put right however, this could just be the perfect Japanese starter classic. As you would expect, the 323F will require a trailer to cart it away. Get a closer look at the garage-find Mazda here – the online auction closes in five day’s time.