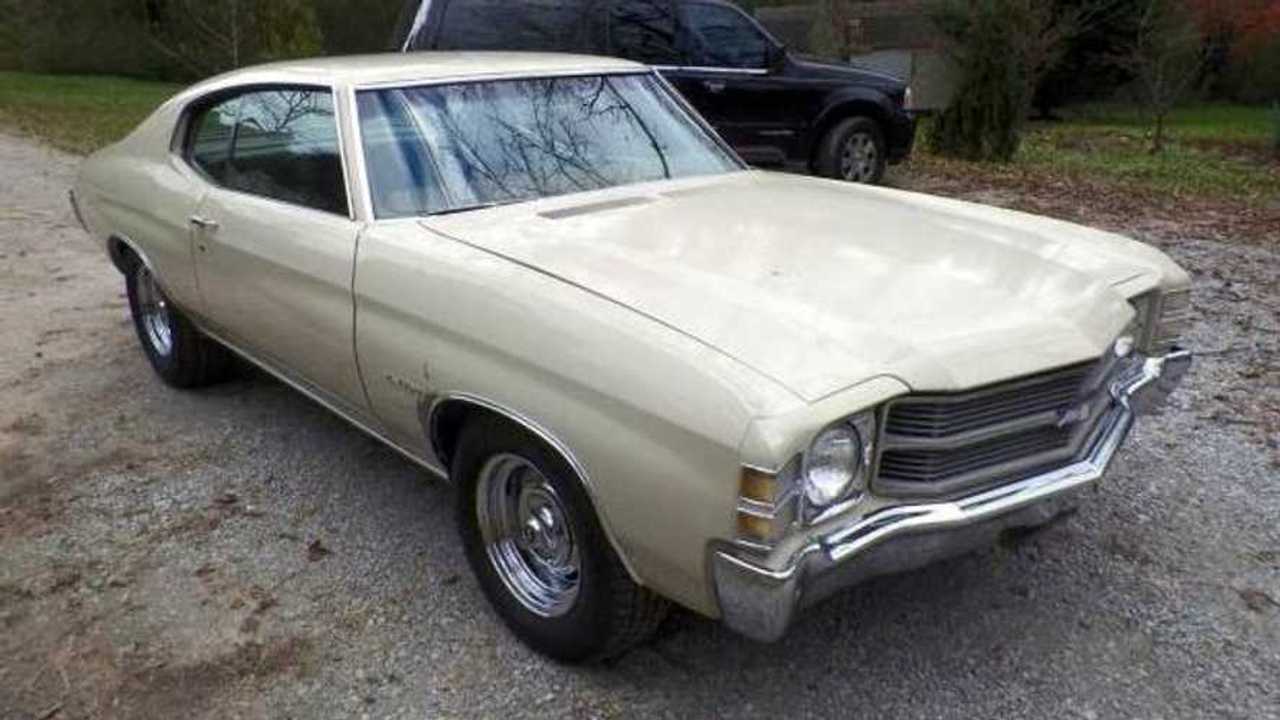 Back in 1994, this 1971 Chevrolet Chevelle rolled into dry storage. After 24 years gathering dust, the timewarp muscle car has emerged – and is currently for sale at $22k

This 1971 Chevrolet Chevelle is not an SS. It’s not even a big-block V8. Open the bonnet and instead you’ll find a 5.0-litre small-block; the limpest eight-cylinder to trumpet any Chevelle badge. Plant the accelerator and you’ll reap the benefit of a meagre 140bhp, or about the same as a diesel Range Rover P38. You’ll crack 110mph with lashings of Dutch courage, but it will take you some time to get there.

So what’s the big deal? For starters, it’s in better condition than most, but most crucially, the entire thing is almost completely original. The interior is devoid of wear and the paint has escaped those harsh summer rays. Having spent most its life only a few miles from Chattanooga, Tennessee, there is only a light smattering of surface rust to contend with. For this is a genuine garage find, and it’s up for grabs here at $22,000.

Parked up some 24 years ago, the 1971 Chevelle has seen almost no sunlight whatsoever since Bill Clinton was in power. Boasting matching numbers, the engine bay has enjoyed some TLC after emerging from its mortal slumber earlier this year.

There’s a new water pump, new fuel pump, new tyres and new brakes. This example also sports factory-installed air conditioning, with the vendor stating that the car runs and drives well. Non-standard wheels have been fitted but they look right at home under the flanks.

There’s no mention of mileage, but considering that almost a quarter of a century has ticked by with no movement, it remains unlikely that the clock has rolled over the 50,000 mark.

With top-spec Chevelles commanding top dollar, this less powerful example radiates character and would make a perfect rolling restoration classic. Original Chevrolet Chevelles will forever make solid investments, but as this one has more provenance than most 307 V8s, don’t expect the vehicle to hang around for long.

What we would say is that you’d be best keeping it original. Looking to pimp a Chevelle out? You’ll find other Chevys for sale here.