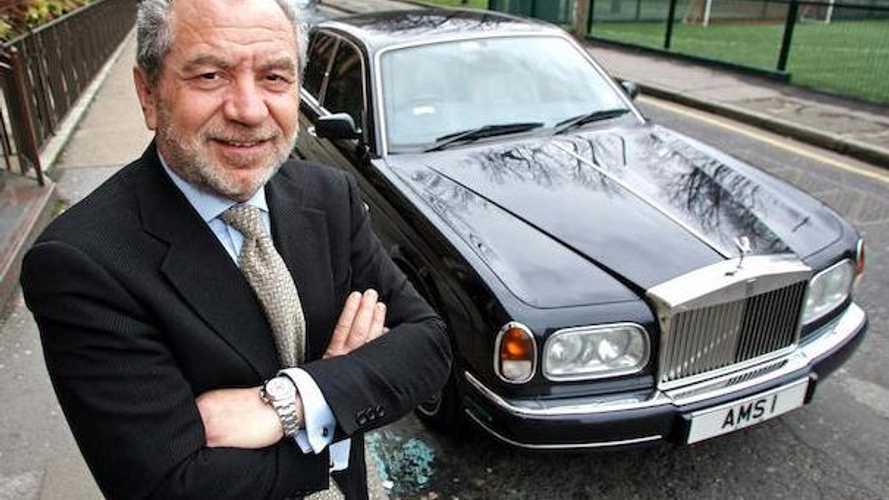 Besides putting small-groined and egotistical social climbers in their place, Lord Alan Sugar has a penchant for wafting around London within the luxury cocoon of his Rolls-Royce. While currently employing the use of a new Phantom for the latest season of hit BBC business-reality show The Apprentice, roll the clock back 13 years and we had a 2002 Rolls-Royce Silver Seraph featuring throughout the very first episode.

Carrying his personal registration ‘AMS 1’, the luxury saloon was registered to Lord Sugar's Amstrad Industries up until 2002, being transferred to his personal ownership thereafter. The Rolls-Royce effectively changed hands for the first time during 2005, then for a second time in 2011, when the Seraph was sold to the vehicle’s current owner.

Accompanying documentation includes a V5C document; current MOT; all expired MOTs and many bills. A full service history with Rolls-Royce dealers and recognised specialists is included, as are the car's original 'AMS 1' number plates.

Launched in 1998, the Silver Seraph found an instant hotbed of attention from wealthy and dissident clientele. Although viewed as a travesty to those spending old money and steadfast in Rolls-Royce institution, the Seraph brought the celebrated British marque into the modern world. Nothing was carried across from the old model, with the biggest break from tradition lurking under the bonnet.

Showcasing a 60-degree, 5.3-litre V12 pinched from the range-topping BMW 750i, engine management systems were appropriately re-configured for the heavier and larger Rolls-Royce. The ZF five-speed automatic gearbox was likewise sourced from the 750i, and once again its electronics, which control shift points, was reprogrammed to suit the different application.

That wasn’t all. The Silver Seraph also featured suspension conceived by Lotus, Bosch electronics, and design and engineering input from the industry’s finest minds.

Part of parent company Vickers’ £200 million project, changes draped across the Seraph’s exterior were no less interesting. While the styling represented a conscious attempt to recall the looks of the Silver Cloud, its method of construction broke new ground for Rolls-Royce in several ways.

Entering modern times, the Seraph was the first Rolls-Royce model built on a moving assembly line. The body itself - now fully galvanised - used significantly fewer panels than that of the Silver Spirit and took less time to make, while contriving to be 65% stiffer than its predecessor's frame. This also helped improve build quality, making for the full Rolls-Royce package laced with a modern edge.