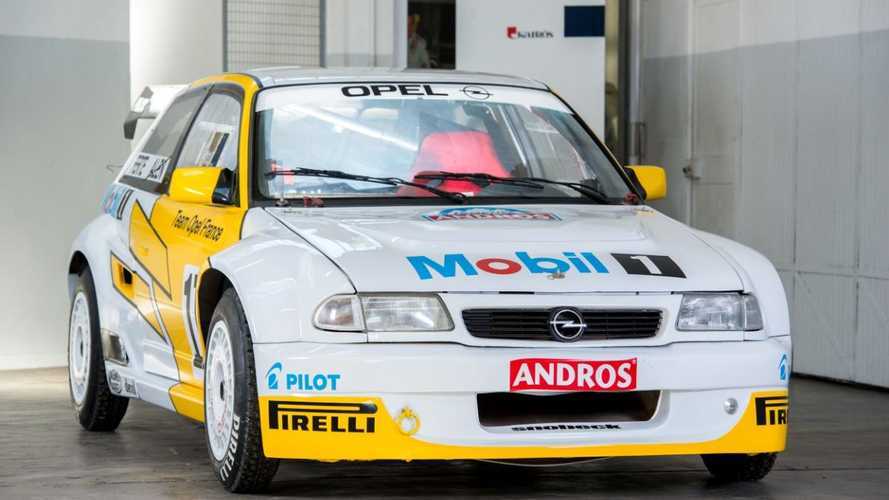 Rallying legend Markku Alén tried his hand at ice racing with Opel – and this potent Astra was his steed. Now it's on sale in Milan

A Vauxhall Astra or Opel Astra is often of very little interest to enthusiasts, or anyone else for that matter. The distinctly humdrum hatchback might represent motoring on a sensible budget, but they offered little else. Well, the road cars anyway…

This Opel Astra, from the world of ice racing in the Andros Trophy, packs four-wheel-drive and a 3.0-litre V6 engine. Better yet, this car heading to auction was once driven by rally legend Markku Alén.

The French Andros Trophy started in 1990, featuring prototype rally cars doing battle on the ice and snow. It was a real test of man and machine that attracted famous drivers from almost every part of the motorsport spectrum. Formula 1 world champions Alain Prost and Jacques Villeneuve, fellow rally legend Ari Vatanen and touring car ace Yvan Muller all took part in this event during the '90s.

Opel were very successful in the championship – in fact, the most successful of all with 41 victories over the years – and so attracted many star drivers. Team Opel France ran this 1994 Astra for a number of years and put Alén behind the wheel in 1996 and 1997. Sadly, the pair wouldn’t claim victory in either year, but the sister car driven by François Chatriot did win in 1996.

This is no ordinary Opel Astra and is well equipped for the task at hand. A 345bhp 3.0-litre V6 Snobeck engine is mounted in the middle of the car for optimum weight distribution. Power is sent to all four wheels via a six-speed sequential transmission with short ratio gears.

Keeping weight to a minimum is a core part of this car’s DNA with its naked interior and tubular design enabling a weight of just 950kg. A neat trick of these ice racers was their capacity for all-wheel steering which enabled better manoeuvrability and greater control on low friction surfaces.

Gallery: This Markku Alén race car is the most exciting Opel Astra ever