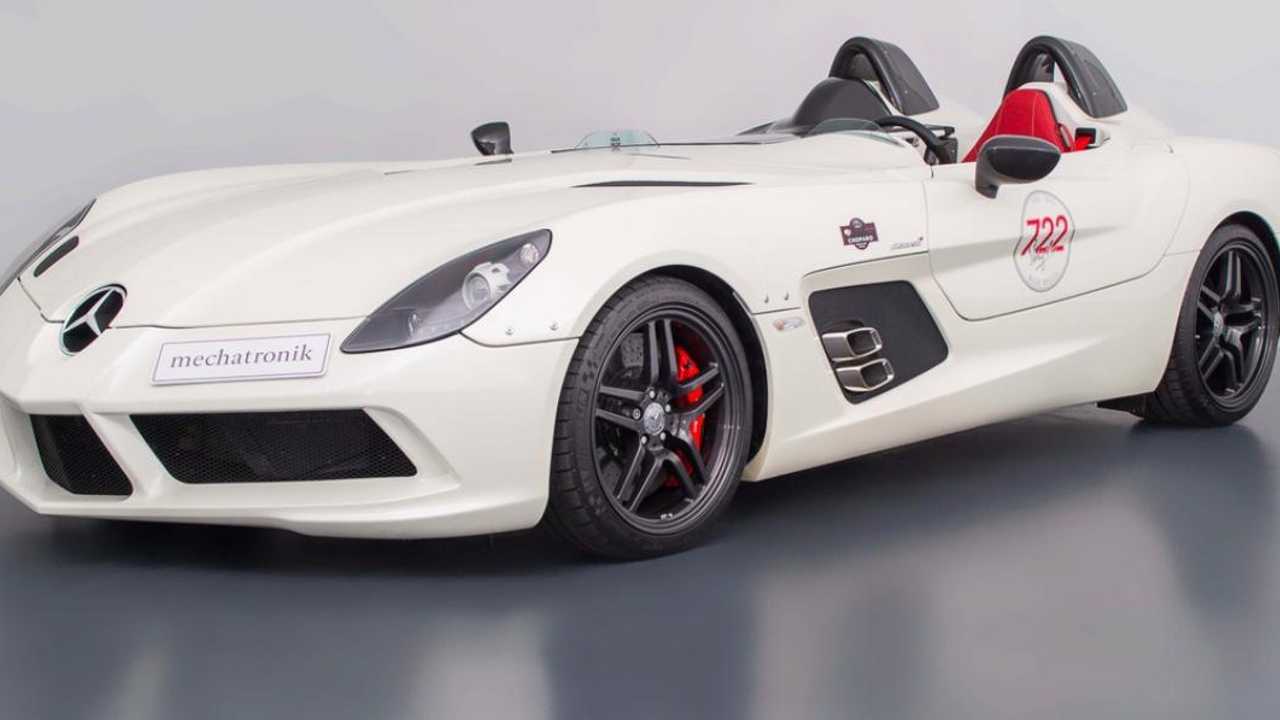 As an out-and-out tribute to one of Britain’s greatest racing drivers, and a parting gesture in road collaboration between McLaren and Mercedes, the Mercedes-Benz SLR Stirling Moss edition cost an eye-watering £660,000 back in 2009.

Limited to just 75 examples and thundering along with 641bhp courtesy of AMG's 5.5-litre supercharged V8, 62mph could be breached from a standstill in just 3.5 seconds. Impressive stuff for a machine devoid of a windscreen or roof, deleted to create a total kerb weight of only 1551kg.

From the long engine hood and those high-sided sills to the raked rear end and scissor doors, everything about this car’s stance screams airflow and aerodynamic optimisation, apparently allowing the drivetrain to push beyond the realms of science fiction to 217mph.

Finding one for sale takes patience and persistence, but we’ve spotted one of only four vehicles built in white – of which only two were made with black carbon fibre and Xenon headlamps. Quite frankly, this is the rarest SLR Stirling Moss configuration out there.

A driver associated with Mercedes-Benz throughout the heyday of motor racing, Stirling Moss, then 25 years old, took one of four factory-entered Mercedes-Benz 300 SLR sports-racing cars around the Mille Miglia to victory in 1955 – covering 1000 miles in ten hours. His name is synonymous with the German marque's racing success.

Delivered new in Autumn 2009 to a collector in Berlin, who gave the vehicle nothing but love, the Benz moved very little for the next six years. Sold to a second owner in March 2015, the odometer trumpets a mere 429km on the clock.

Acute amazement and silence might best describe the reactions when the SLR Stirling Moss passes by, but that’s the only bit of hush you’ll get with this car.

Get a closer look at the very special McLaren-Mercedes from its current seller, Mechatronik.