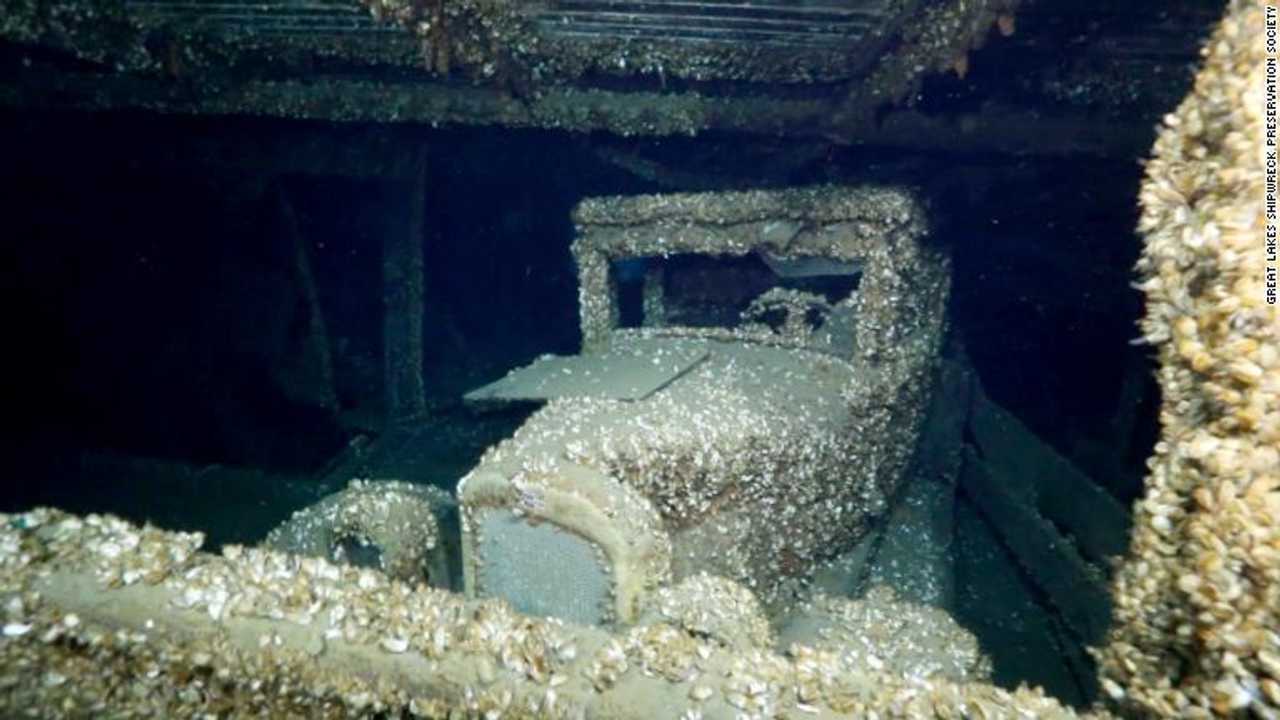 Planet Earth’s surface is 71% water, far greater than the dry land that we reside on. Its depths hide underwater mountains taller than Mount Everest, undiscovered species of animals, and a treasure-trove of scientific information. The seabed is also littered with shipwrecks, but unlike childhood stories, they rarely contain treasure — just rusticles and echoes of the past.

Still secured in the hold is a vintage car belonging to one of the passengers on that fateful day. Identified as a 1927 Chevrolet Coupe, this classic has been well preserved thanks to Georgian Bay being a freshwater environment, as opposed to corrosive salt water found in oceans.

It sports a few dents from the sinking and is covered in barnacles, but it’s still in one piece. One of the divers remarked that the ship would likely never be recovered, but there are hopes that the car might one day reach the surface — albeit at great cost.

It would appear that the Chevy Coupe is a Capitol model launched in 1927, so practically brand-new when sunk. It was designed to compete with Ford’s new Model A and available in various body styles.

During a storm in September 1928, the Manasoo fell victim to bad weather and the human error of leaving a door open. The vessel began to take on water at the rear, or stern if you speak sailor, and sank in the middle of the night. Sadly, just five people survived with 16 passengers and crew perishing along with a large amount of livestock. Unlike many other shipwrecks that usually involve catastrophic damage to the ship, the Manasoo slowly sank to the bottom of the bay and is in excellent condition as a result.

Diver Cris Kohl reckons that there are 7,000 shipwrecks in the Great Lakes with only around a third discovered today. Who knows what other classic car treasures might still be waiting to be found?