Buy this Toyota Celica with an infamous Rally GB past 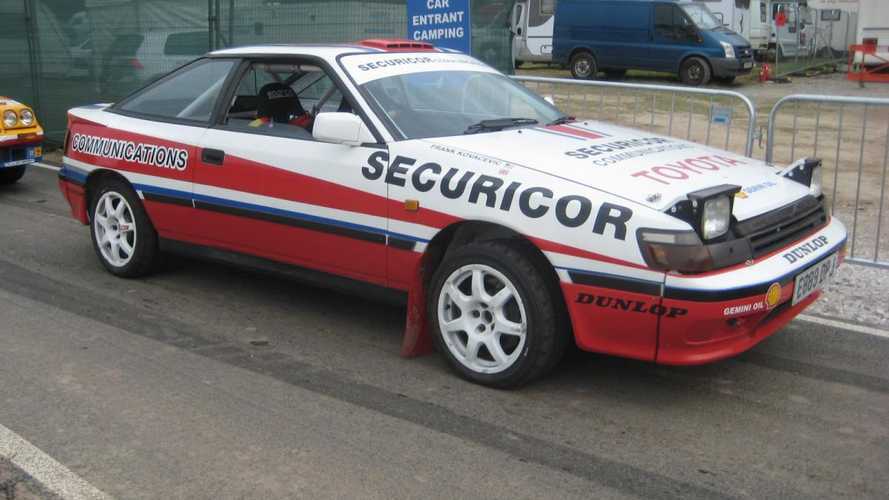 Forget 'never raced or rallied' – this is a proper Toyota Team Europe-built car that has seen plenty of action, including rollover in the 1988 Lombard RAC Rally

Have aspirations of being the next Sébastien Loeb? You’ll need a car to do battle in the rough and tumble of rallying, a machine specially prepared for the test at hand. A modern-day rally car can cost upwards of £500,000 ($700,000) and might be a bit rich for those looking to take their first steps into competitive rallying. Currently in our classifies is a classic works-built Toyota Celica GT-Four at 1/20th of the price.

In period this was a serious piece of machinery, a front-runner in the Group N production class on British rallies. Though it's not as fast as the Group A-spec Celicas raced by world champions Juha Kankkunen and Björn Waldegård that year, it was still a potent car in the right hands.

This particular car hasn’t had an easy life. A big accident that saw the car roll at the hands of Graham Middleton during Rally GB in 1988. The car was badly damaged and required a new body shell, after which with the car returning to competitive action in Ireland during 2002 and 2004.

After spending a decade in a barn, it underwent a total restoration by Darrell Staniford, who also worked on these GT-Fours in period. Stripped back to its bare bones, the car was inspected and then rebuilt with a money-is-no-object attitude. Its gearbox, differentials, wiring loom, suspension, brakes, exhaust and servos have all been refurbished. The original Toyota Team Europe engine has even been tested and is producing a healthy 265bhp.

The crash and subsequent new shell resulted in the DVLA assigning the car a Q plate when registered in the UK, but it comes with all of the paperwork required to apply for a reissue of the original plate. It should also eligible for the MSA British Historic Rally Championship, though you'll need to apply for an FIA Historic Technical Passport before hitting the stages.

Currently listed for £24,950 with Trevor Farrington Ltd, this 1988 Toyota Celica GT-Four rally car could taste victory once again with you behind the wheel.

Gallery: Buy this Toyota Celica with an infamous Rally GB past