Shoot to thrill with this machine gun-equipped Humvee 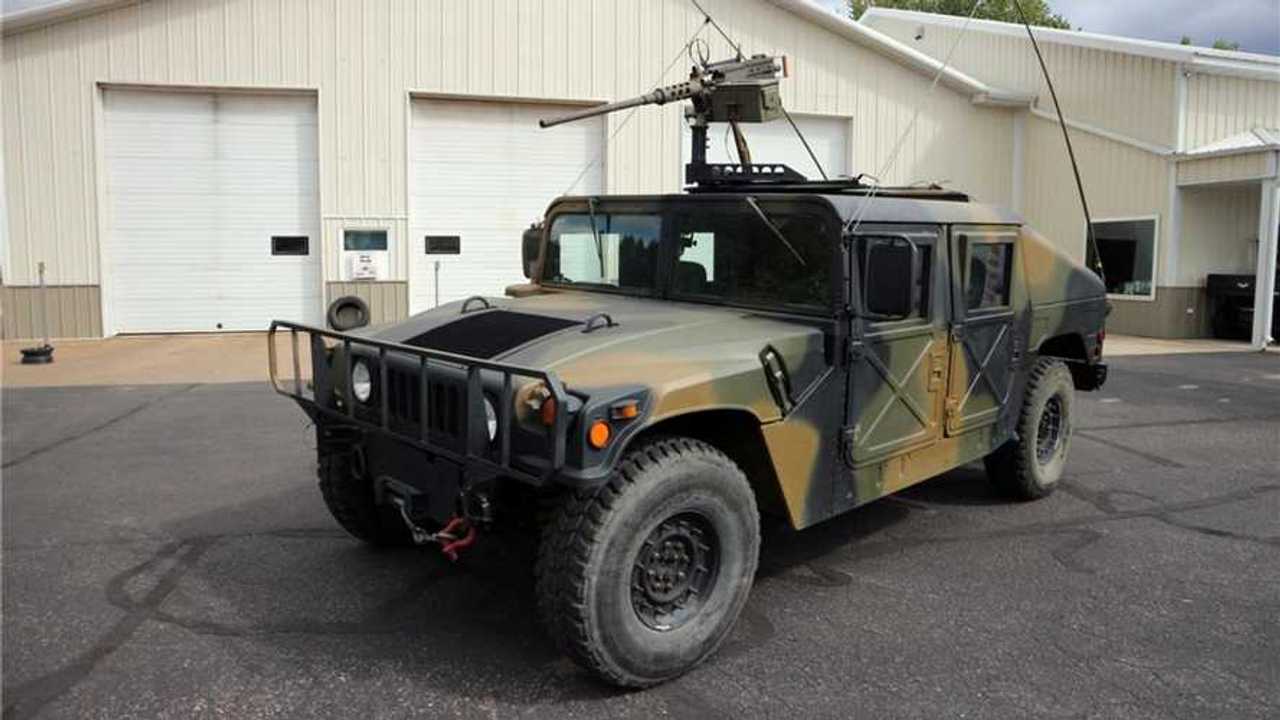 Nothing can stop your commute in this. An AM General Humvee heads to auction, complete with 50 caliber machine gun mounted on the roof

Is it just us, or is the traffic getting worse? Endless hours a week are wasted staring into the taillights of the car ahead, no movement, praying for whatever is causing this self perpetuating torture to dissipate. If only there was a way to forge your own path through this urban hellscape…

A new Barrett-Jackson auction lot might just have the answer to those problems, in the form of a Humvee complete with 50 caliber gun.

Yes, you read that right. You can buy a 1995 AM General Humvee complete with army camouflage, giant radio antenna, and an enormous gun on the roof. The 50 caliber artillery isn’t just for show either, it actually works! While the Humvee’s scale might be an issue when parking at the supermarket, you’ll likely never be tailgated or cut-up ever again driving this patriotic beast.

This 4x4s current specifications comes with plenty of ‘extras’ like a bullbar for ramming situations and a winch when extreme off-roading, but the interior is pure function. Bare metal and minimalist seating welcomes occupants and there’s plenty of sharp edges, so maybe not suitable for young children. The one luxury it does boast is air conditioning.

Power comes from a strapping 6.2-litre eight-cylinder diesel engine with a mountain of torque to climb over just about any obstacle. Cog swapping is taken care of by a three-speed automatic transmission.

AM General won the US military contract for an all-terrain troop transport in the late 1970s, beating Lamborghini’s Project Cheetah to the lucrative business deal. It has seen action all over the world in various conflicts and AM General went on to sell civilian variants, spurred on by Arnold Schwarzenegger’s admiration for the 4x4, under the name Hummer in 1992.

So, if you’re having a bit of a Rambo moment, need to transport soldiers, or just want to scare the living daylights out of your neighbours, step this way.

Gallery: Shoot to thrill with this machine gun-equipped Humvee