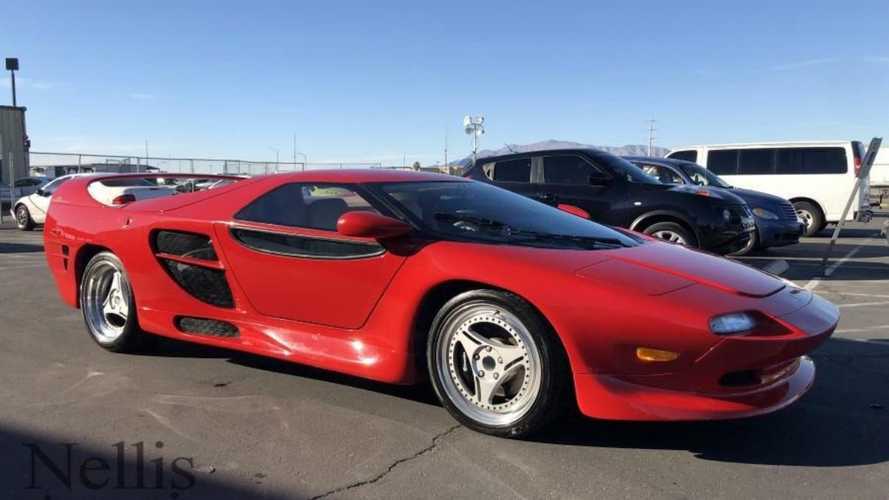 Ford GT aside, America hasn’t had much success at replicating the European style of supercar. Exotic cars like the Cizeta V16T have tried and failed to replicate the magic of Italian automotive royalty like Ferrari and Lamborghini.

Gerald Wiegert, a US businessman born a stone’s throw from Ford HQ in Dearborn, Michigan, attempted to put America on the supercar map with Vector Motors. Their second production vehicle, the M12, could only muster 14 units, and one of those is currently on the market with Nellis Auction.

Its W8 predecessor was designed to be ‘a fighter plane for the street’ according to Wiegert, who had grown up wanting to be a pilot but couldn’t pass the required eyesight tests to fly. The W8 was very much an independent project, a quest to fulfil one man’s dream but come 1994, his project was turned upside down.

Wiegert had debuted a WX-3 concept car at the Geneva Motor Show in 1993, which had picked up interest from Indonesian company Megatech. Some petrolheads will remember that name – they owned Lamborghini for four years before its sale to Audi.

Megatech’s owners Setiawan Djody and Tommy Suharto had a notorious reputation for getting what they wanted without consequences – the former was a guitarist and the latter a son of Indonesia’s then-Preisdent – and pulled off a hostile takeover of Megatech. Wind the clock forward one year and they’d picked up Lamborghini too, leading to Wiegert’s WX-3 prototype being fitted with a 5.7-litre Lamborghini V12 to create the M12.

During the M14’s four year production lifetime only 14 examples were built, not surprising given it was a direct and inferior rival to the Megatech-produced Lamborghini Diablo. Though it cost $55,000 less than a Diablo at $184,000 from new, it simply couldn’t keep up in the speed traps. With the same 5.7L V12 behind the driver, the M12 was 0.7s slower to 60mph and topped out at 190mph – well short of the Diablo’s 204mph ultimate pace.

But that has made the few Vector M12s that did see production very rare. This one being sold by Nellis Auctions has accrued only 4100 miles on the clock during its lifetime, spending much of the recent past locked away in a Las Vegas resident’s garage. Having not turned a wheel in anger for several years it’s not in top condition, the listing pointing out the M12 has sprung a fuel leak. However, visually – both outside and inside – it still looks in decent nick.

Bidding starts at $50,000 and its online auction ends on December 4, with previews available by appointment in Las Vegas. That’s a fair whack cheaper than a Diablo these days, making it a more palatable alternative 1990s supercar for those whose budget doesn’t reach to Lamborghini levels.