Bare-metal restomod Vespa might be the coolest scooter ever 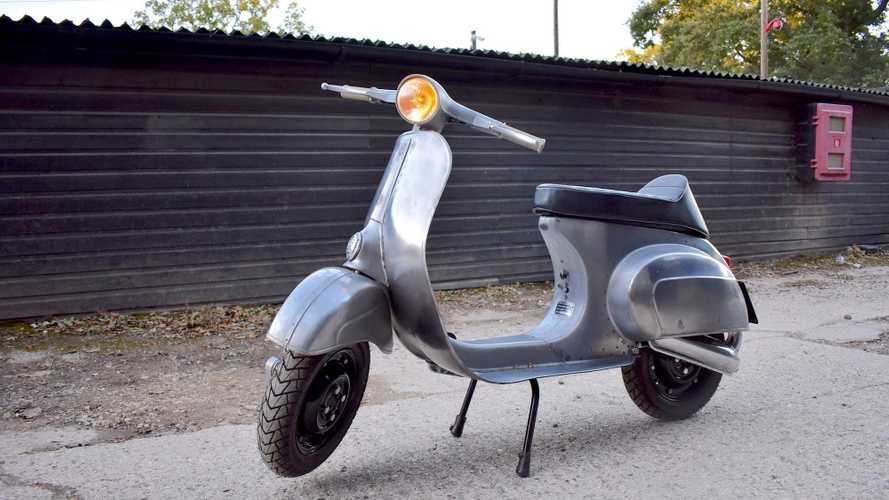 Vespa scooters are pop-culture, but this naked Piaggio restomod is one of the most eyecatching we've seen. Better yet, this classic bike is for sale

Italy has many iconic exports such as its delicious red wines, beautiful artworks, and chic clothing. When it comes to the automotive world its portfolio of supercars speaks for itself, but its most recognised two-wheeled export has to be the Vespa scooter. This fully restored 1981 bike found in our classifieds shows the naked beauty of the Italian design.

This Vespa’s restoration story begins one year ago, when it was found in a barn located in Hampshire, UK. Omar Niedenthal, a man with a decade of experience building props for movie sets, decided to put his skillset to work on bringing the Piaggio Vespa 100 Small Frame bike back to life.

Using new ‘old stock’ panels to keep the bodywork original, Omar decided to give the scooter a unique look by polishing them and then preserving with wax to avoid the yellowing of clear lacquer. The end result is a mesmerising finish, featuring intricate detailing in the metal from when it was first pressed.

The engine and gearbox has been completely rebuilt and enhanced with things such as the D.R. 130cc cylinder upgrade, Mazzucchelli crankshaft, a Dellorto carburettor, and a new clutch. These bikes are well known for their electrical issues, so a new wiring loom has also been fitted. Its advert states it’s ‘essentially a 'new' Vespa and with all the upgrades this scooter keeps up with modern traffic.’

Piaggio originally built planes during World War Two, but after the factory was destroyed Enrico Piaggio decided to focus on Italy’s need for cheap transportation. The Vespa was launched in spring 1946 with its sleek aeronautic inspired design. Vespa is Italian for wasp, and just like the critters, these scooters were soon everywhere across the nation.

This beautifully restored scooter is listed with Classic Chrome Ltd and comes complete with a fresh MOT, V5C logbook, and a six month mechanical warranty for £5250 ($6750, €6000).

Gallery: Bare-metal restomod Vespa might be the coolest scooter ever