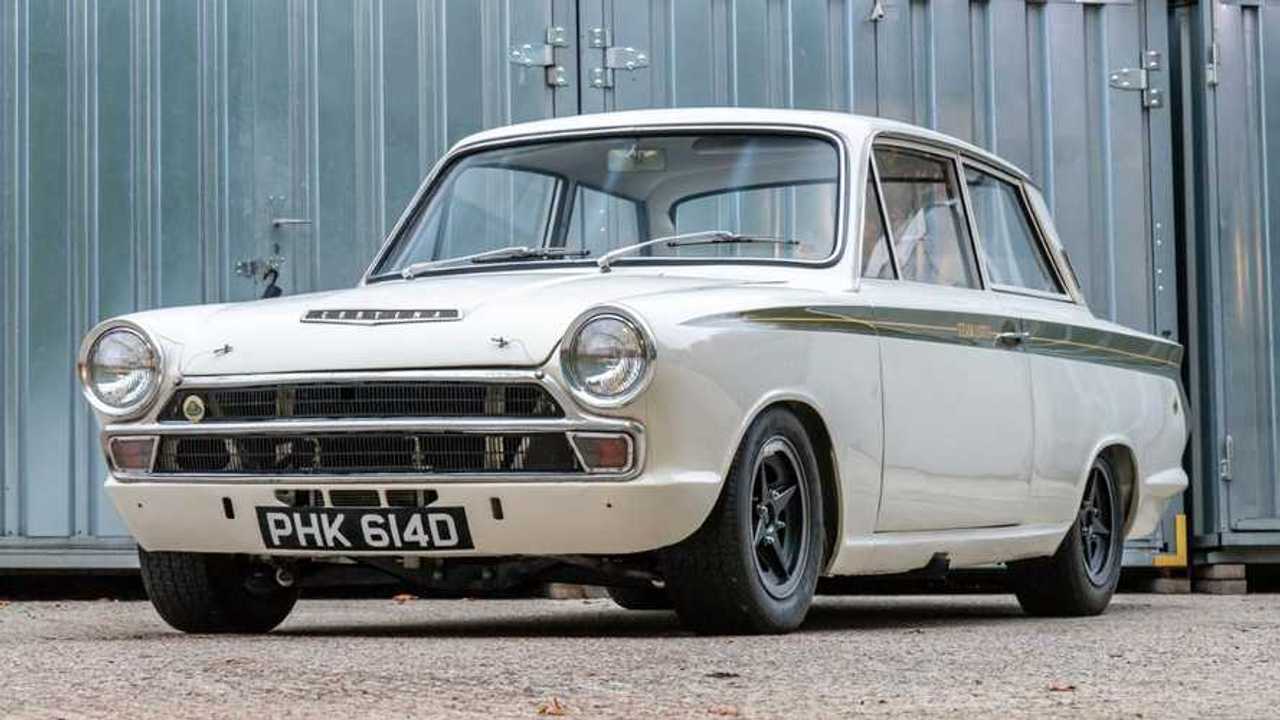 A works Ford Lotus Cortina raced by Formula 1 champions Jim Clark and Graham Hill in the British Touring Car Championship will be sold by Silverstone Auctions at Autosport International.

Built in March 1966, the Cortina is one of three works Group 5 cars prepared for what was then the British Saloon Car Championship and was assigned to Clark.

He won his class in a rain-disrupted Oulton Park race, before the car was passed over to Peter Arundell and Jacky Ickx for the rest of the season. They achieved second in class finishes at Snetterton, Goodwood and Silverstone.

The 'PHK 614D' example will head under the hammer at the Birmingham NEC on January 12 next year.

It is expected to sell for between £180,000 and £200,000 during the inaugural Silverstone Auctions sale at the January 10-13 Autosport International Show.

Silverstone Auctions' classic car specialist Lionel Abbott said: "Given its exceptional rarity, competition successes and association with world champions, this amazing Lotus Cortina offers a fantastic opportunity to acquire one of the most significant sports touring cars of the 1960s.

'With its impressive history, it's a fantastic addition to the sale catalogue and a sign of what's to come.'

The Cortina heads to auction after a restoration but retains its original shell and period race modifications, including a conversion to BRM fuel injections ahead of John Whitmore finishing fourth overall in the 1966 British Grand Prix support race.

It entered its last works event the following season, ending on a career high. Hill topped his class and classified second overall in the 1967 Race of Champions at Brands Hatch.

The car went on to achieve further podiums and class victories with Arundell at the Brands Hatch Guards International Meeting, Oulton Park, and in the BSCC.

After its retirement, the Cortina resided in Sourth Africa until purchased by Cedric Selzar, Jim Clark's race mechanic, who returned the car to the UK.