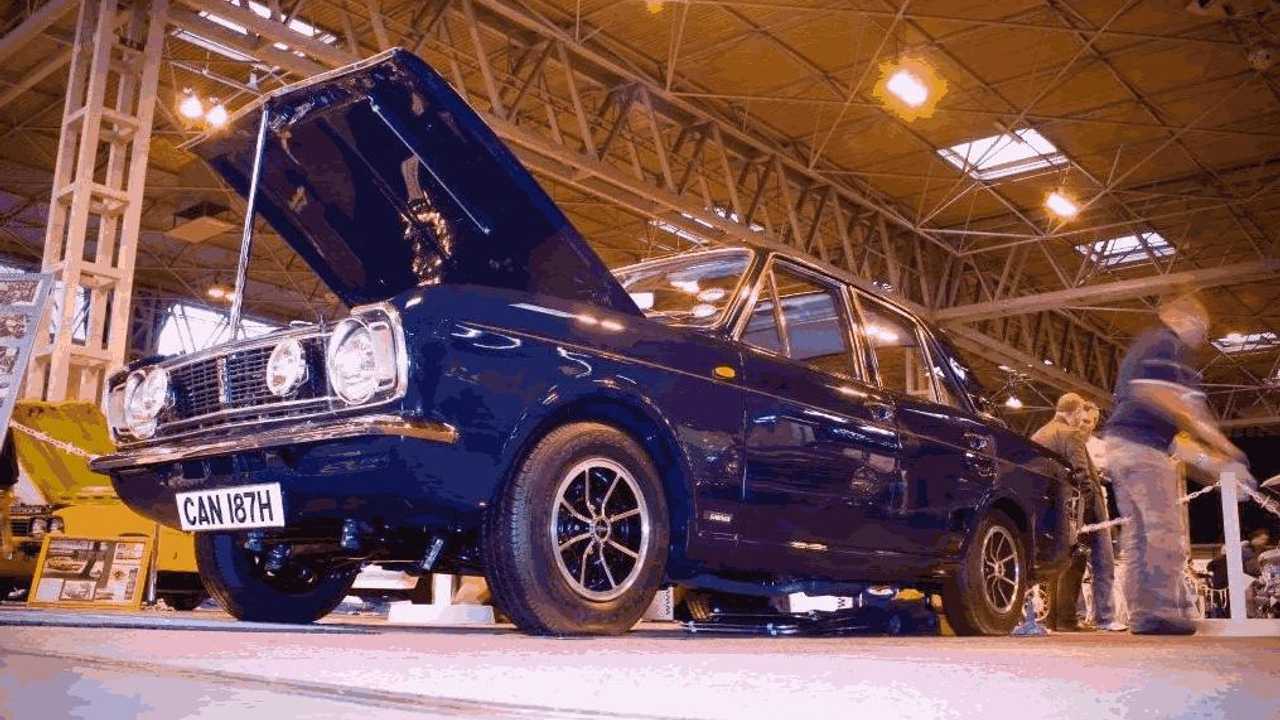 More on the great Ford Cortina!

While being lowered off a delivery truck upon arrival at Birmingham’s National Exhibition Centre for the 2017 Lancaster Insurance Classic Car Show, a winch snapped, smashing the Cortina into a vintage racing car. The resulting damage was estimated at £10,000 ($12,790) to repair. The crumpled back end and subframe damage left Rob ‘heartbroken’.

Whereras such destruction would discourage most owners from attending public events, roll the clock forward 12 months and Rob was back for the 2018 show – having repaired his pride and joy. The 49-year-old Ford celebrated a triumphant return by scooping the prestigious Pride of Ownership award.

'I’m absolutely delighted to win the nation’s top classic car prize at the biggest show,' Rob told The Forrest Review after winning a public vote to scoop the title.

Rob had fought personal battles in getting his classic Cortina repaired, having broken his neck in a work accident just prior to last year's show.

'I’ve had a tough time breaking my neck at work when I fell off a step ladder in May 2016, and then the accident right next to the display stand last year, so to return and win this time is just incredible.'

Rob, a dad of two, spent six years restoring the Ford after buying the vehicle in 1990. He further explained: 'I’ve got a real passion for classic cars, ever since I bought my first Cortina in 1981.

'I won the British Classic Car award beating a £3.5m Ferrari 250 Europa in 2009, but this is the biggest of the lot. I’m stoked, especially when you consider how many car owners apply to be in the contest, which was whittled down to the 20 cars displayed at the NEC final.

'Having made the display stage last year, only for it to shunt into a vintage racing car before the judging, the organisers kindly invited me back this time, because you are not supposed to enter again for five years,' added the carpenter and glass technician.

'I thought I had a chance, but when I saw the other 19 cars I knew there was going to be a lot of competition, and I thought the Masarati 3.5GT, which was a stunning vehicle, might win.

'Ant Anstead, who presents Discovery TV’s Wheeler Dealers, called out third and second, and when he announced that I’d won, I was just over the moon.”

Announcing Rob's victory in front of a large crowd, Ant said: 'The award can only go to one person. Let’s go crazy and raise the roof. I know this guy and he’s a legend and it’s Rob Sargent. His car is absolutely unbelievable.'

We can't help but agree.