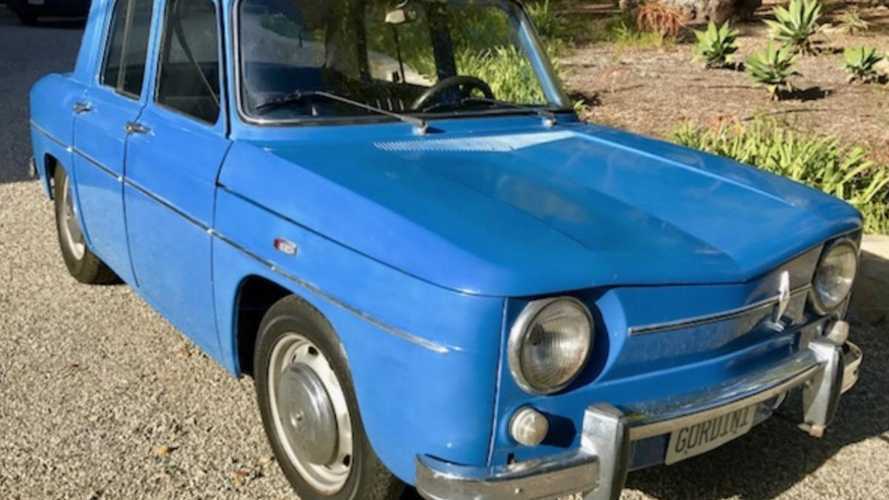 Driving along the Californian coast in a sports car was the dream of a generation. To do that in a Renault probably wasn't, but all the better for being the first to do it.

Development of the Renault 8, with increasing increments of power, peaked with the sporty R1134 Gordini, which had an 89hp engine. There was a power boost though with the introduction of a cross-flow cylinder head and twin twin-choke side-draft carburettors.

Just 2626 of these cars were built, with 50 being sold in North America. Each one had a ‘Special USA Made in France’ decal, and the 1966 car in our classifieds is one of those specials. In fact, you could say this car is the peak of Franco-American relations.

The American owners have looked after the car, rebuilding the engine with new pistons, liners and gaskets, installing new Koni shocks in the rear and new twin 40 DCOE Webers. The car now has an electric fuel pump, a rebuilt power brake booster, new brake rotors, lines and calipers, and a rebuilt starter generator.

A set of 13” CMR Rally wheels means this car can put down the maximum amount of grip as possible, and in period it could do 0-100kph in under 12 seconds. On the beachside roads it was capable of over 100mph, and at a steady highway speed it was more than capable of 30mpg. Although the tyres may go flat, the battery won't as a new one has been installed.

If you want to drive at night, whether you're replicating the heroics of Renault rally legend or the characters of Black Mirror’s ‘San Junipero’, there's a strong set of headlights at the front.

It's California titled and registered, but the seller is willing to export, and has advertised it at its French price of €39,500 ($45,000, £35,250). Selling alongside the car will be multiple books and manuals associated with the Gallic automobile.

Gallery: This rally-honed Renault R8 Gordini is a long way from home