Silverstone Classic to run historic F2 and F3 races in 2019 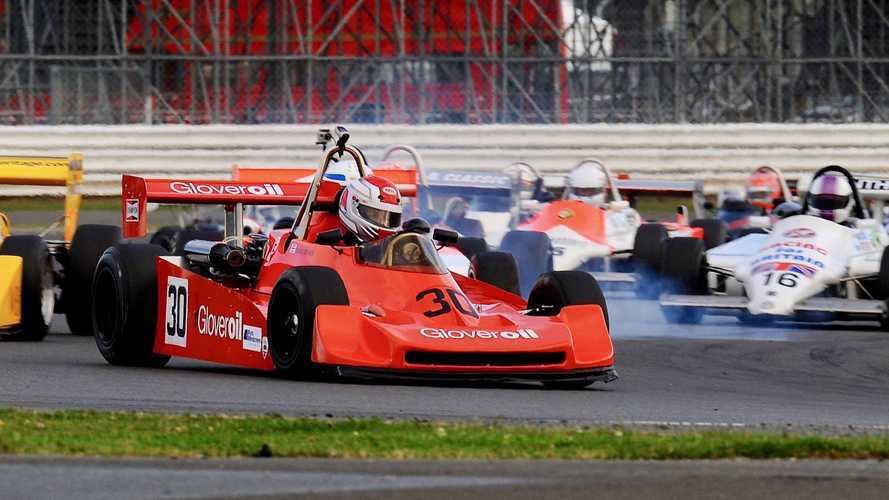 Adding to its Formula 1 grid, Silverstone Classic is introducing a full compliment of historic single seater races with the addition of Formula 2 and Formula 3 in 2019

Throughout motorsport history, there’s always been a struggle to create a single, cohesive racing ladder. During a handful of brief periods there has been Formula 1, Formula 2 and Formula 3 all running but rarely together, at the same time and in the same place.

As the FIA gears up to put such a plan into reality with modern machinery next year, Silverstone Classic is doing the very same, introducing a new F2 class race and bringing back its former Classic F3 race at Silverstone on July 26-28 2019.

F1 machinery from both the FIA Masters Historic F1 and Historic Grand Prix Cars Association series will return again in 2019, which combined cover every decade of the championship’s 20th century history.

Moving away from its standalone meeting last year, the Historic Sports Car Club’s Historic Formula 2 FIA International Series races will now form part of Silverstone Classic’s billing next July. This year it attracted a grid of 28 cars when part of HSCC’s own Silverstone meeting but, with a double-header round scheduled, organisers are hoping for 40 cars in 2019, which would be an all-time Formula 2 record.

F2’s International Trophy, the name under which HSCC’s Silverstone race now runs, was once a regular fixture of the calendar during its late 1970s and ‘80s heyday, with high profile F1 drivers like Rene Arnoux, Eddie Cheever and Stefan Bellof among those to win the prestigious event.

The HSCC is also responsible for running the returning Classic F3 races, covering cars manufactured between 1971 and 1984 to encompass two distinct eras of F3, with both 1.6-litre and 2.0-litre cars present.

Cars which regularly appear in the Classic F3 races include those raced by Martin Brundle, Derek Warwick and Nelson Piquet to winning success in period, and are expected to return again for next year’s Silverstone Classic meeting.

‘The chance to race at the Silverstone Classic is very special and I’m delighted that our Formula 2 and Formula 3 grids will get this opportunity next summer,’ said Graeme White, CEO of the HSCC. ‘I think we will be able to deliver bumper grids and tremendous racing, showcasing these categories to a huge audience.’