The Ferrari Daytona that taught learners how to drive fast 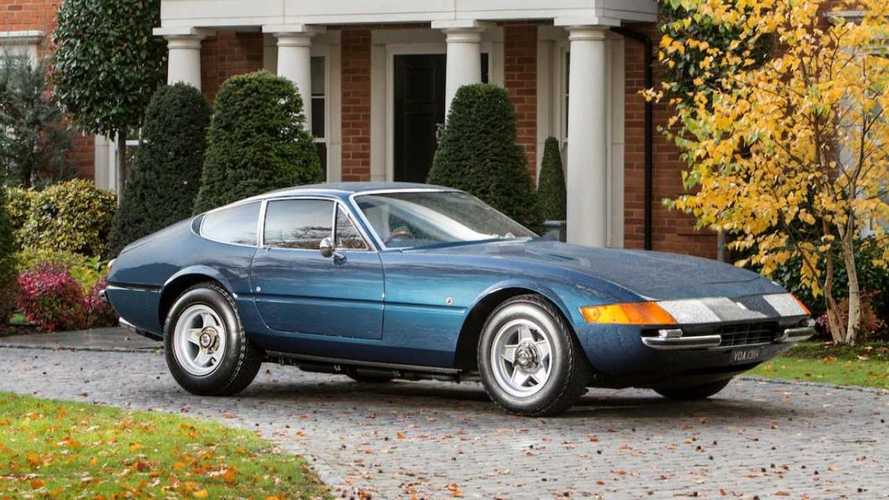 This rare 174mph Ferrari Daytona was once used by the British School of Motoring to train pupils in the art of high-performance driving. Now it's heading to auction

Learning to drive can be a daunting prospect at first, one that tends involve stalling and holding up traffic as you bunny-hop down the road. That’s why instructors whose rather mundane, but hardy, little cars for their pupils to get familiar with. During early 1970s the British School of Motoring decided to invest, not in a Ford Fiesta, but a brand-new Ferrari 365 GTB/4 Daytona. Now it’s up for auction with Bonhams.

With a top speed of over 170mph, the Daytona was Ferrari’s fastest road production car back in its day. Its 4.4-litre V12 engine produced 352bhp and 318lb ft of torque, making this potent GT car one of the most desirable machines on four wheels.

Now, the British School of Motoring didn’t make the decision to buy a Ferrari while down at the pub. There was reason behind their bold purchase, with the Daytona joining its fleet as part of the High Performance Course it offered. Speaking with Octane Magazine, an instructor spoke very highly of the Daytona and recalled it regularly hitting its top speed of 174mph.

The car is in highly original condition and still sports its beautiful factory blue paintwork. This handsome GT with its wedged nose and teardrop rear proportions makes for a beautiful silhouette. Inside the cabin is finished with cream leather upholstery and contrasting black detailing for an elegant look.

First registered in the UK during August 1970, this car is one of just 158 right-hand drive Ferrari Daytonas ever built. It spent four years in the UK with the school and another owner before being sold In 1974 to an Australia owner. The car remained part of his private collection for 39 years before returning to the UK in 2013.

Ferrari specialist Joe Macari took delivery of the Daytona and acquired Ferrari Classiche certification. Chassis 13435 comes with an extensive history file that detailed everything from its original specification to all of the maintenance carried out over the years — it even retains its original Ferrari toolkit.