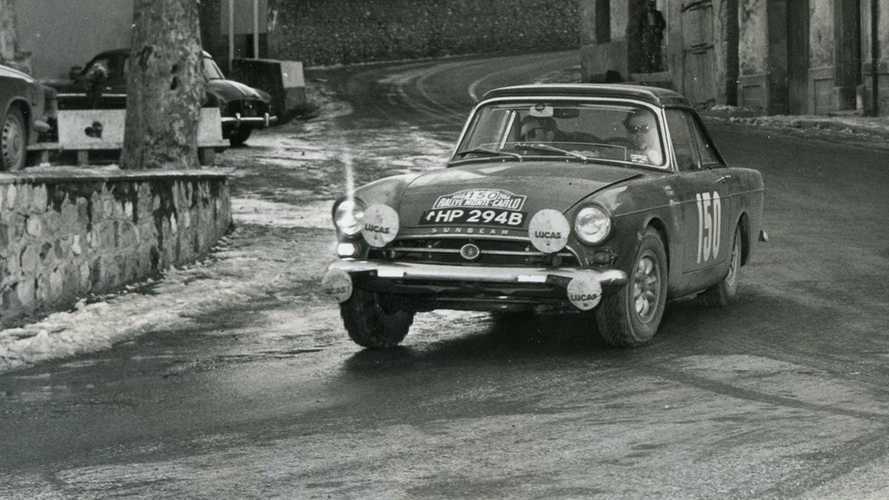 Factory rally cars coming to market are a rare sight, and the general rule is the older they are, the less likely you’re going to be able to find them. In the 1960s, the Rootes Group made less than 10 rallying Sunbeam Tigers and entered them internationally.

The car also competed in the 1964 Geneva Rally, which it won, and the 1965 Monte Carlo and Tulip rallies. Previous owner Jeremy Holden also entered it in the 2015 Tour of Ireland – without even bringing a toolbox on board – and completed the event successfully. Prior to its rallying return the car had spent much of its time in dry storage, but had needed a comprehensive restoration before it hit the stages.

It is believed to be the most campaigned of the works cars, and still features its original Ford 4.2-litre V8 engine. This proved particularly adept when it took part in circuit racing, setting records at Zandvoort over several distances. Maurice Gatsonides, who frequently drove, christened it ‘Thunderbus’ due to its pace.

After its Zandvoort heroics it entered the 1965 Tulip Rally, where grip issues in the snow meant it attempted one uphill stage in reverse gear and backwards. Its final rally of the year ended in a blaze, forcing it to be sent back to Rootes for re-shelling. In 1967 Vic Halen bought the car from Rootes and entered the Spa-Francorchamps 1000km, managing 13th overall and first in class against more powerful Mirages, Porsches and Lolas.

Sunbeam Tigers were partly a creation of Carroll Shelby, having been asked by Rootes’ to turn the Sunbeam Alpine Roadster into a muscle car. The final result packed a big American engine, with a two-choke Ford modified carburettor and a cast-iron 289 inlet manifold for rallying, which grew by half a litre for the second version in 1967. It was a versatile competition car.

A 3.77 differential appeared in all models, with a limited slip diff and both the front and rear spring rates being revised, along with the damper settings. Snowy settings meant the car would be fitted with a heated windscreen and an alternator to help with the extra power loads in low grip conditions, as well as the customary lamps to light the way once the sun had set.

Weather-specific features aside, the car doesn’t look too different today, with the same quick ratio steering rack, original works ‘1966 Marathon de la Route’ hardtop, period Halda rally instruments and the fly-off handbrake specially made for Peter Harper to aid his cornering technique. The interior is also a trip back in time, and adds to the authenticity of this rare rally gem.