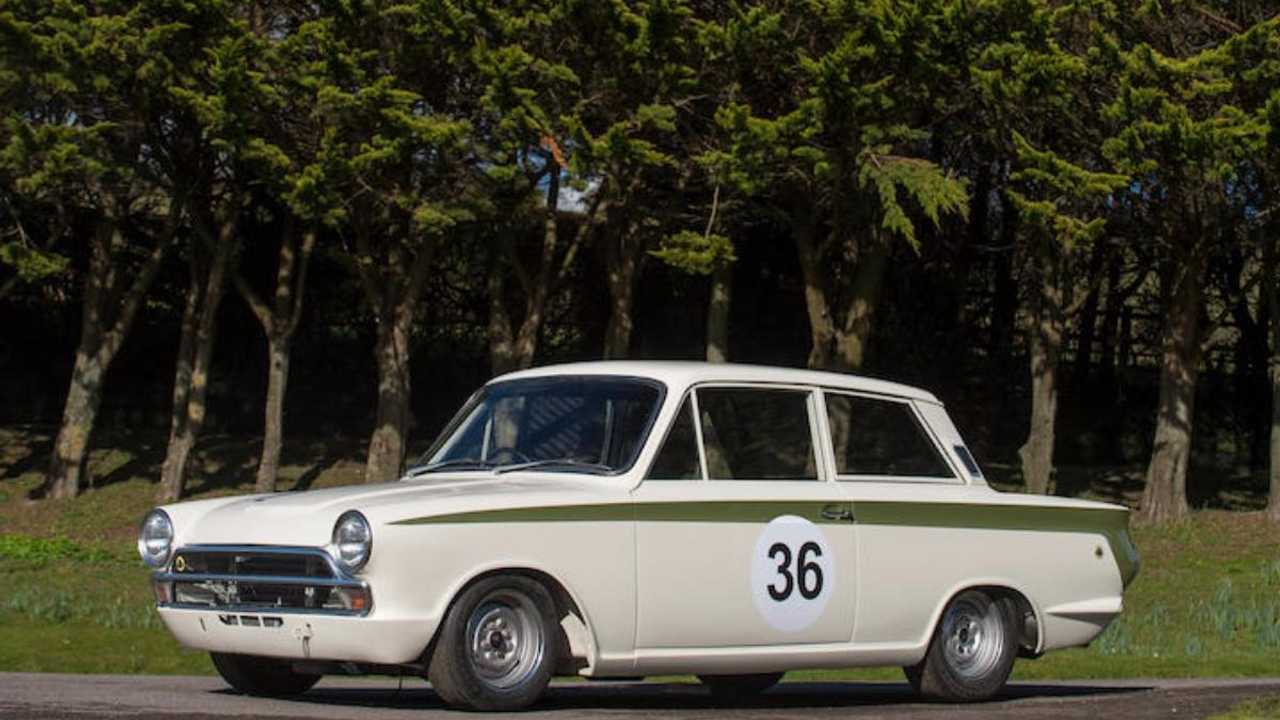 After being pulled from Bonhams' Goodwood sale in March, a 1965 Ford-Lotus Cortina raced by Formula 1 legends Jackie Stewart and Jacky Ickx is back on the docket

Slated for initial sale in March during Bonhams’ Goodwood Members Meeting sale before being pulled from the docket, the ex-Alan Mann Racing 1965 Ford-Lotus Cortina as driven by Formula 1 legends Sir Jackie Stewart and Jacky Ickx is to be sold during the London Olympia sale on December 8.

Along with Stewart and Ickx, three-time British Saloon Car champion Frank Gardner and 24 Hours of Le Mans-winning Belgian ace Lucien Bianchi have all clocked time at the wheel. Presented in partially restored condition, the Cortina has been off the road since the 1970s.

To differentiate their Cortinas from the host of similar entries, Alan Mann Racing painted theirs with the now famous Ferrari Red and gold livery. Alan Mann campaigned three cars during the 1966 season, with the trio of vehicles celebrated within racing circles.

Amazingly the car didn't take any overall victories while in the hands of AMR, a surprising outcome given their later domination of the BSCC with Frank Gardner. Nonetheless, it holds an enviable roll-call of 1960s racing royalty, with Jackie Stewart finishing 4th at the 1966 Snetterton 500km with it as a stand-in for Gardner. Fellow F1 racer Jacky Ickx also raced the car across the globe, scoring a podium at Mid-America and also appearing at the infamous Nürburgring and Zandvoort circuits.

Oddly, the AMR Cortina has been re-liveried in the common white/green colour combination after its period racing career came to an end, somewhat hiding the car's expansive and rich racing history.

'Missing' for many years, this historically important Cortina – #035 – has been eyed up by various collectors ever since the vehicle was first announced for sale early this year. Confusion with its registration and chassis numbers led to uncertainly over which AMR Cortina it really was – though thanks to Alan Mann's son, Henry Mann, that

The FIA had introduced new rules for the 1966 season making it compulsory to include chassis numbers in race entries along with registration numbers and drivers names. A mismatch between AMR's own documentation and that of Essex County Council, with whom the Cortinas were registered, has caused confusion since – but Henry Mann has assured sellers this is the real deal.

Besides being verified by the Mk1 Cortina Owners' Club and wearing its original chassis plate, it should be noted that the shell now incorporates a number of left hand drive Cortina panels to the front, and a quantity of new panels elsewhere – not uncommon with a well worked race car.

The car was shipped to Holland for a time, and although its UK return date remains unknown, a registration of KPU 388C was supplied, belying the car's true racing history as the real KPU 391C. By 1978 it was in the possession of one Mr Williams in Essex.

'The car itself is in 90% restored condition, although the new owner would no doubt return it to its correct red/gold livery and factory-correct leather front seats – the 'KPU' cars came with leather in place of production vinyl,' according to the listing. 'The engine (block number '701M6015') is listed as 'something rather special reputedly from Ford Germany' and is said to have been rebuilt, which the current owner has no reason to doubt.'

Get a closer look at the racing legend here.