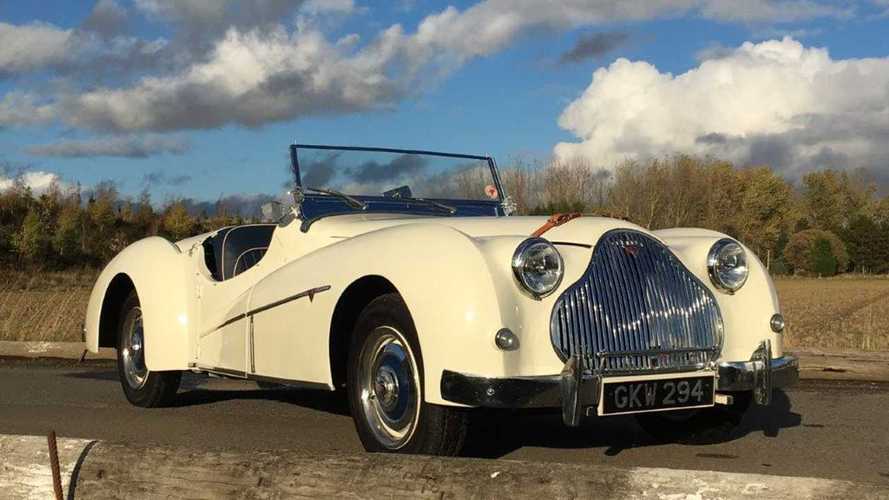 Whisper the name of Alvis' TB 14 to a Brit and you'll encounter strange behaviour. Avoided from day one, here's why upper-lips stiffen when talking about the incredibly rare 1940s drop top

There are some classics that simply can’t help but divide opinion. Within its home country of Great Britain, the Alvis marque is held within high regard by just about all classic enthusiasts, but dare to mention the feisty TB 14 and you’ll receive a frustrated shake of the head. Don’t take it too personally, for the TB 14 has caused many an English gentleman to mutter profanities ever since it was first launched at the Earls Court Motor Show back in 1948.

Manufactured in 1950, the Alvis TB 14 was a low sports car that utilised the chassis and majority of running gear from the TA 14 saloon. This was acceptable enough as times were tough immediately after WWII; it was commonplace to re-adapt the mechanicals from a previous model.

However, the overall look of the TB 14 was not as demure as one might have expected from a country trying to get itself back on its feet. Perhaps this was no bad thing, but either way, the styling was considered controversial by almost everyone who saw it and ‘somewhat off’ for the purists.

Heavily cut away doors opened in suicide style while dramatic front wings swept back towards an exceptionally lengthy boot. This wasn’t so much provision of generous luggage space but more a cover up that the chassis, which had happily accommodated four within the TA 14 saloon, was now employed within a sporty two-seater.

Meanwhile, the radiator severely bucked away from the marque’s more traditional boxy shape, instead sporting a pear-like stance likely taking inspiration from the waterfall grilles used in America at the time. This left so little room for lights on either side of this disputed feature that the front sidelights had to be mounted onto the bumpers instead of incorporated in the bodywork.

Overall, the TB 14’s appearance suggested lengthy cruises down US boulevards than it ever did of British country lanes. Alvis' brand recognition was well and truly shot in the foot.

The potential saving grace of the flamboyant TB 14 was that it was indeed quick, thanks to a 1892cc engine and twin SU carburettors, which delivered 68bhp and a top speed of 80mph. Unfortunately, despite such impressive performance, sales of the TB 14 were depressingly slow on UK soil thanks to an extortionate price of £1276 on the home market. What interest the TB 14 gained from specification details in motoring publications it threw away in being financially unobtainable. Even the Jaguar XK120 with all its refinery and fine heritage could be bought for less.

However, had a UK customer enquired about the price at Earls Court in 1948, at least he might have found some consolation courtesy of the cocktail cabinet mounted on the driver’s door. Drink driving was clearly no cause for concern back in the day...

Recent restoration efforts have seen the fitting of an unleaded cylinder head and replacement grille as well as all chrome and dashboard instruments being refurbished.