Be a Maverick with this Warner Bros. exec owned Mercedes 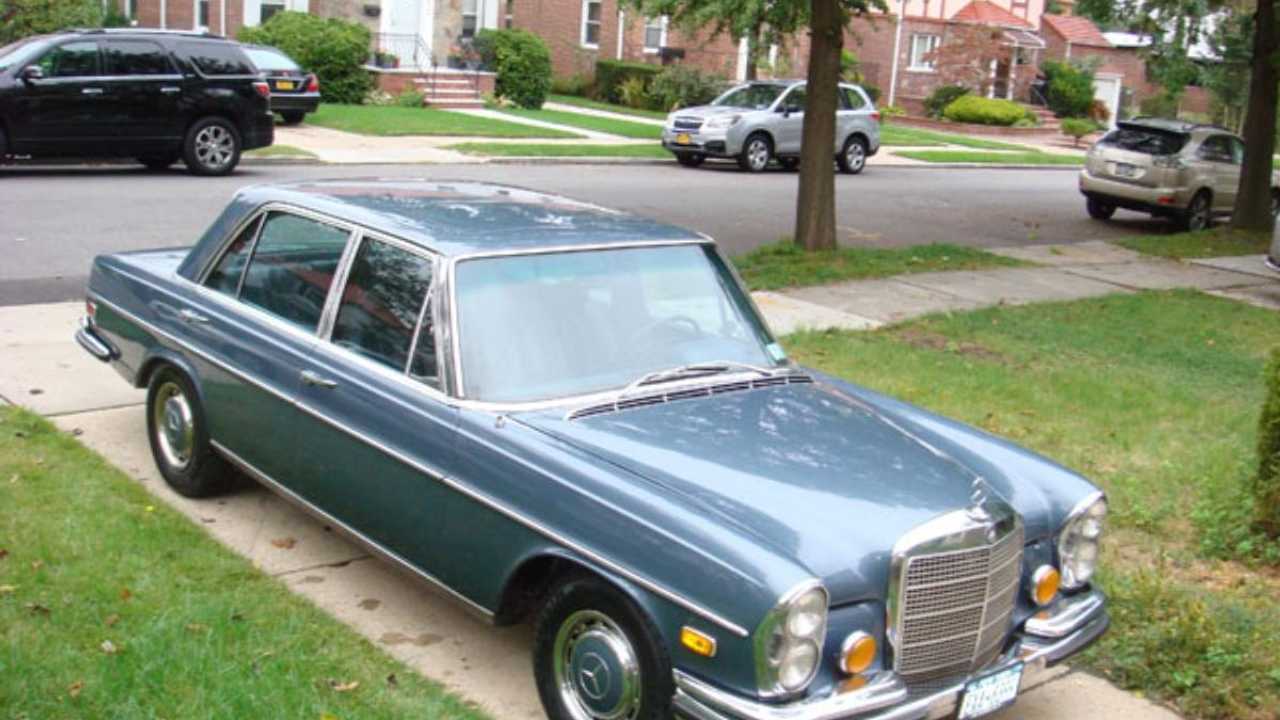 Owned by Warner Bros. executive William T. Orr, this 1970s luxury saloon still makes a bold statement today. Who knows what other famous names have hitched a ride in the 300 SEL?

Today people attempt to make bold driveway statements with needless SUVs in a bid to keep up with the Joneses. However, no soft-roader or chrome-studded 4x4 makes quite the same impact as a classic 1970s Mercedes-Benz 300 SEL. One such empowering machine, once owned by Warner Bros. executive William T. Orr, is currently for sale.

Orr was an actor in his youth, but quickly became drawn into the production of shows rather than being the face of them. Heading up one of the world’s most prestigious picture companies, he produced shows such as Maverick and 77 Sunset Strip. Orr kept good company too, with friends such as James Dean, Ronald Reagan, and Marlon Brando in touch regularly. Some of these famed friends might have even hitched a ride in his German luxury barge.

Finished in Medium Blue Metallic, this well preserved 300 SEL was once the fastest production road car in the world thanks to its 6.3-litre engine. As well as being designed as an autobahn storming saloon, the SEL represented true automotive luxury with plenty of opulence to keep its occupants comfortable. This example features air conditioning, an electric sunroof, blue leather upholstery, and generous amounts of polished wood.

A recent restoration of this big Merc saw it treated to fresh paint, a new steel exhaust system, and even a partial engine rebuild. The car is said to be in perfect working order and now sits in a highly original condition.

The Mercedes-Benz 300 SEL is currently advertised with Cars On Line with an asking price of $77,000 (£60,050, €67,440). However, offers on the car will be considered. This Mercedes appears to be a well looked after example of '70s luxury motoring with the added bonus of celebrity ownership. Tempted? We are.