This odd-looking Bentley 'Empress' has lived a pampered life 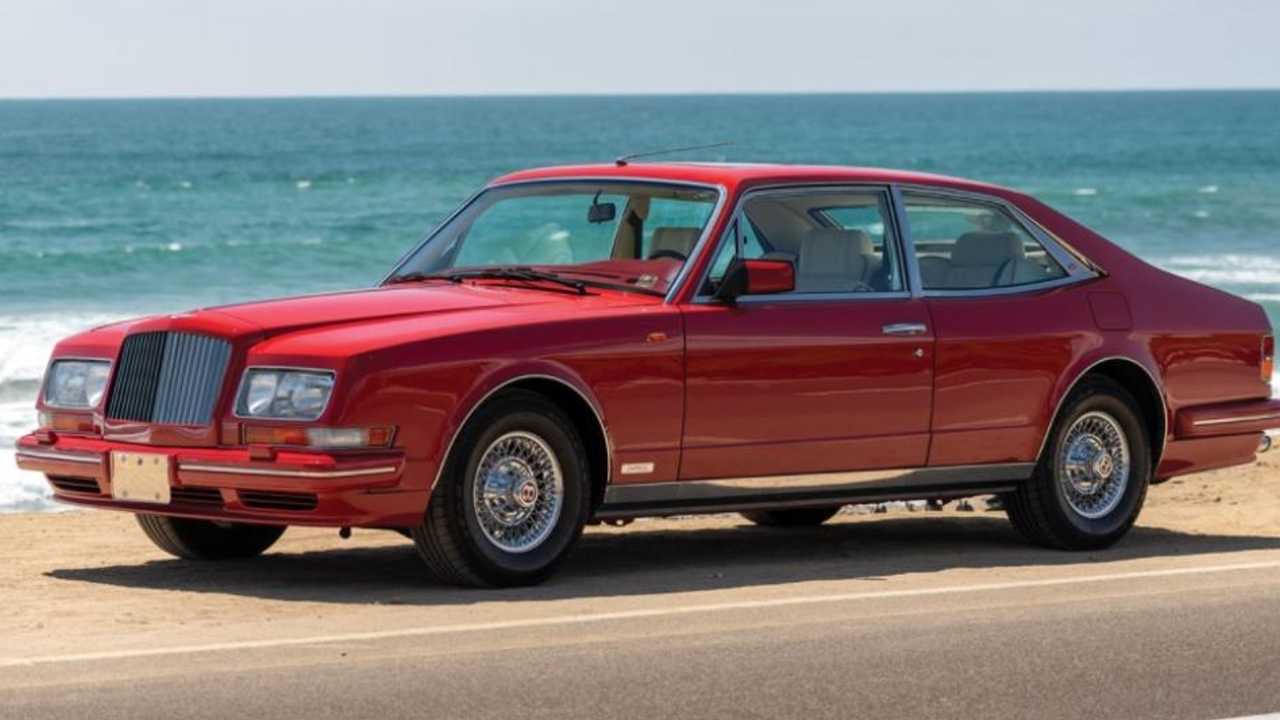 One of only five Bentley Turbo RL Empress II Coupes by Hooper is heading to auction with RM Sotheby's early next year without reserve.

The 1970s resonates as a travesty to fashion – a time where people wore wide-collared shirts, showcased ill-advised piercings and paraded around in double denim. Car styling also took bold – if somewhat misguided – steps towards the realms of a Jetsons-inspired deluge of radical futurism.

The end result lingered well into the 1990s, cars from the next two decades splitting opinion on the contemporary classic car market – none more so than the 1991 Bentley Turbo RL Empress II Coupe by Hooper. Perhaps the automotive equivalent to Marmite, it’s impossible to remain on the fence when discussing the rare coupe’s aesthetics. So we’ll go right ahead and break the ice – we love it! Best of all, the finest remaining example is up for grabs with RM Sotheby's during their Arizona sale next year, at no reserve.

To understand the Empress II’s conception, we need to wind back to the late 1970s, where Hooper & Company found second wind with new management and ownership. Once the revered British coachbuilders favoured by various Royal establishments, the revived firm produced highly unique creations in limited numbers, based purely upon modern Rolls-Royce and Bentley models. This included coupes and limousines, sold to the wealthiest global clientele imaginable.

Among Hooper’s commissioned offering was the Empress II; a two-door coupé based upon the architecture of Bentley’s long-wheelbase Turbo RL already featuring a fully unique, streamlined aluminium shell that borrowed virtually none of its features from the stock sedan.

Retailing for an amount of money more commonly transferred when buying a football team, only five examples saw the light of day, with only two bearing left-hand drive. And that’s exactly what we have here. Offered with RM Sotheby’s is the fourth Empress II made, and one of two left-hand-drive models.

Finished in a highly-decadent Tudor Red over Magnolia interior, this example was employed by Hooper for their advertising campaign, after which one of the company investors whisked the vehicle away to Los Angeles. It was then acquired by the Calumet Collection, where it resided alongside other significant coachbuilt Rolls-Royce and Bentley examples. As such, the vehicle remains in rude health and excellent condition throughout.

With the exception of fitted chrome wire wheels, it remains in largely original and unrestored condition, with 7228 genuine miles on the odometer. Not enough for you? The Hooper Bentley is also accompanied by its original luxury accessories, including the factory cocktail set and Asprey embellishments.

The sale includes assorted build and historical documentation, a report by Rolls-Royce expert Diane Brandon and a clean CARFAX report. Get a closer look at this rarity here.