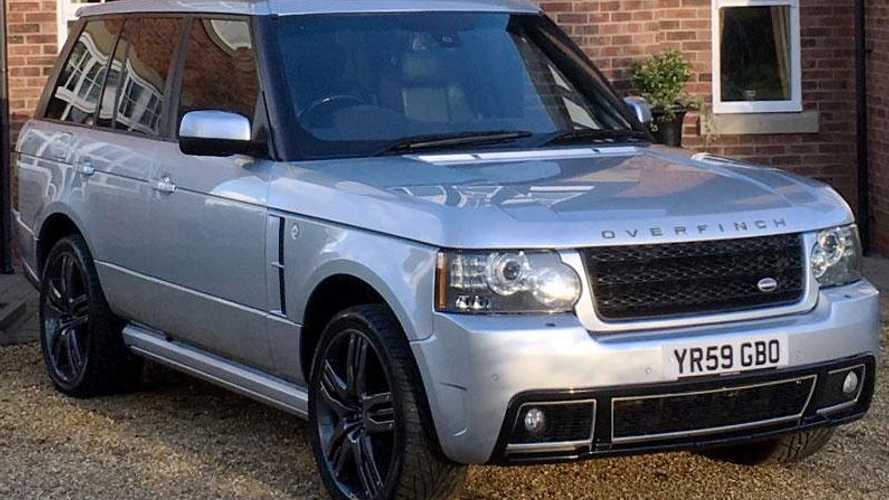 Three things appear to be commonly associated with Premiership footballers – scandal, obscene amounts of money and a relationship turn-over rivalled only by Henry VII. No matter which tabloid you indulge, when someone from football's fraternity cracks the headlines you can always count on one vehicular attendee; Range Rover.

Whereas £24k would struggle to besiege an entry-level Lexus IS 300h, the auction estimate could land you a 2.7-tonne colossus boasting a top speed of 130mph and 0-60mph sprint in only 8.6 seconds. There’s 500bhp to play with under the bonnet; enough to keep any unruly referee under control.

While it’s a lazy sterotype that professional ball-chasers waft around in modified Range Rovers subjected to Satan’s own bodykits, this Overfinch bucks that trend with almost-standard panels and few bling-trend embellishments. Even the wheels are tasteful.

Inside the cabin is largely the same story. Whereas other modified Chelsea Tractors are festooned with tailored binnacles, personalised kickplates and an upgraded sound system destined to give older individuals a heart attack, Rooney’s 2009 Overfinch remains comparatively understated. The only clue to his ownership are the digits '10' on each door card – Wayne's number when playing for England.

The seats are devoid of any monogrammed keynotes and the dashboard has escaped more egotistical motifs. There are TV screens in the headrests accompanied by wireless headphones and a custom parcel shelf of all things, but otherwise all upgrades are internal – masked by lashings of vinyl and wood.

James McWilliam of H&H Classics says: “This vehicle has an interesting provenance which will appeal to millions of football fans, besides being a very nice example of this Range Rover Vogue.”

The vehicle holds a valid MOT until November 2019, with healthy mechanicals and a blemish-free exterior to boot. After a slice of automotive football history that you can use daily – albeit it at 12mpg? Look no further. Get a closer look at Wayne Rooney’s Range Rover here.