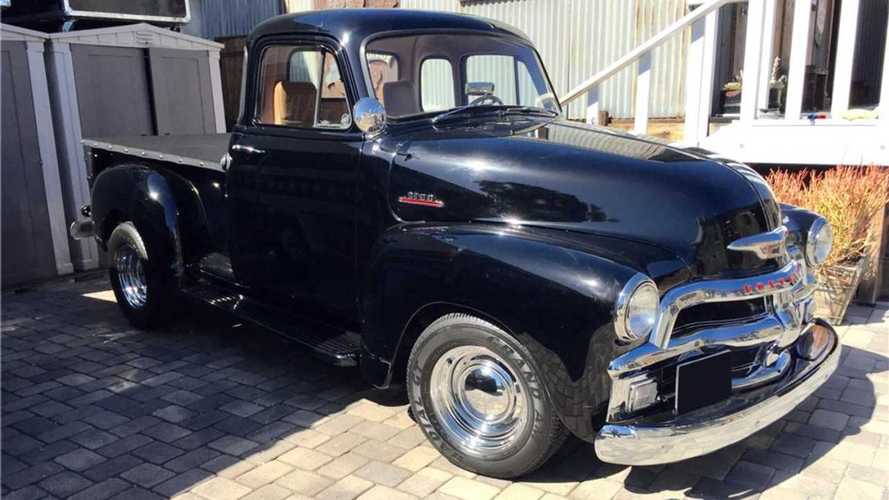 Bruce Willis kept this custom Chevrolet pickup truck for over 20 years - we can see why! Now it could be years at it heads to auction

America loves its pickup trucks, in fact the Ford F150 is one of the nations best selling vehicles. However, back in the 1950s, Chevrolet’s pickup offerings proved just as popular, splitting the nation in two. Movie star Bruce Willis is clearly a Chevrolet man as he kept this truck for over two decades, but now it could be yours as it heads to Barrett-Jackson's Scottsdale 2019 auction.

This 1954 Chevrolet Pickup was custom-built for the Die Hard hero in the early 1990s, but Willis wanted to turn this farmyard tool into something of a hotrod. From the outside it retains its original classic looks with plenty of chrome work, but under the hood is a beautiful 350ci 8-cylinder engine. The way in which the engine bay is presented is a work of art, clearly with many hundreds of man-hours spent on it.

This restomod includes new headers, high rise, Holley carburettor and a set of dual exhaust pipes. Power is directed to the rear wheels via a four-speed manual gearbox and a Nova rear differential. Hiding behind these period rims are a set of modern disc brakes, a nice touch that keeps the exterior looking original.

It’s a similar story with the interior that retains its classic appearance but has been enhanced with some modern luxuries. Electrically adjustable seats and modern air conditioning enhances overall comfort, while tinted rear glass adds some privacy.

Bruce Willis sold this truck to a friend in California, USA during 2014 before it was sold again to a new owner residing in Canada. It’ll be up for grabs at the next year’s Barrett-Jackson Scottsdale auction on January 12-20 without reserve. Potentially buy it for a bargain and you’ll be screaming ‘yippee-ki-yay’ all the way home.