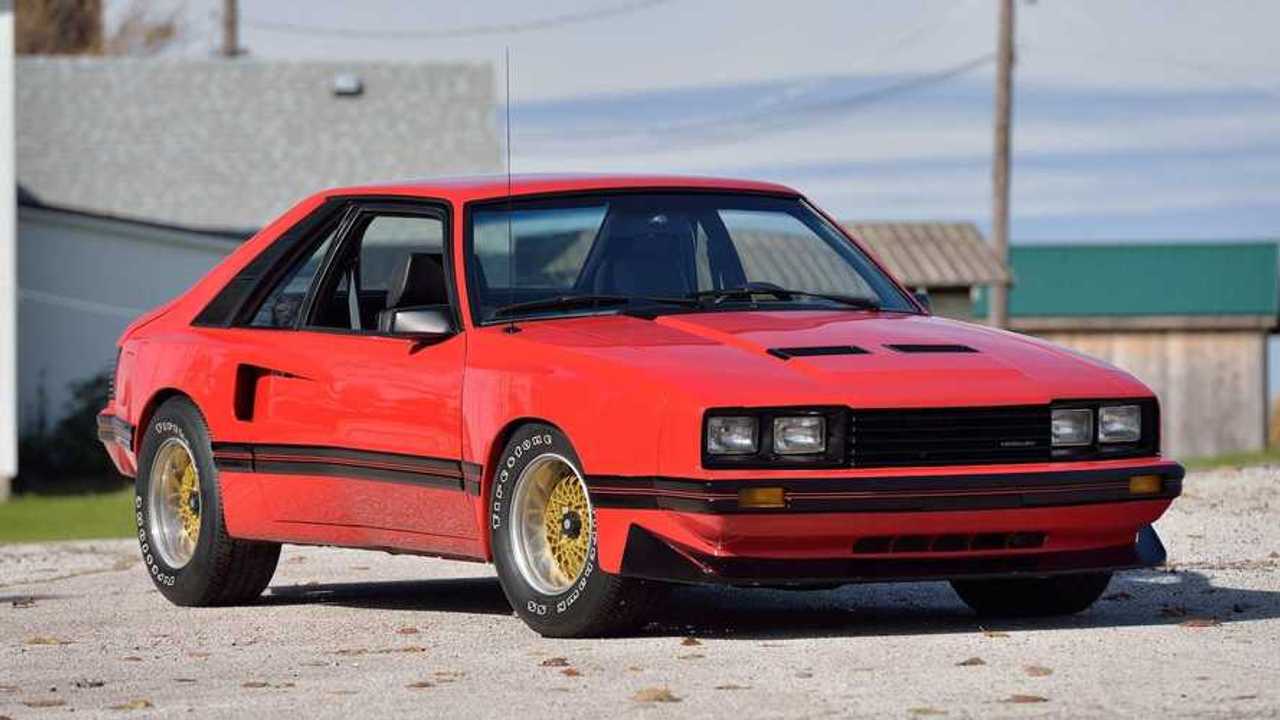 We’ve reached the time of year where those rare collector cars break free of their private collections and head for auction. January is just around the corner, with the famous Scottsdale sales complimented by Mecum’s own blockbuster event at Kissimmee one week prior.

One car which hasn’t graced an auction block since 1995 is back in circulation, Ford’s one-off Mercury Cosworth Capri show car. Built by Ford but given its unique all-steel body by hot-rod fabricator Ron Fournier; this is as hot as road-legal Capris come.

That it’s unique makes the car special on its own merit, but even the most hardened of Ford fans will be reaching for a drool bucket when face-to-face. The first key ingredient is the engine, one which blue oval fans will be familiar with.

A 1.6-litre Cosworth BDA has been plonked into the engine bay, cranking out 186bhp. That might not sound like a whole lot of grunt but heed the fact it was all packed into a four cylinder racing engine, very similar to those seen in the Formula Atlantic championship. Add in twin Weber carburettors and a dual exhaust system and this unique Capri jets from 0-60mph in only six seconds.

Fournier might have developed a steel body that makes the Mercury Cosworth Capri look like a road car but in reality, it’s a wolf in sheep’s clothing. It’s a race car through and through, with Koni shocks, louvres and brake ducts which serve a genuine purpose rather than simply being for show, and Stewart Warner instrumentation bolted into an extremely spartan dashboard.

There are some creature comforts in the Mercury Cosworth edition Capri – the Recaro bucket-style seats are leather and heated plus there’s a radio and centre console storage, creating an illusion that this could have been used in much the same way as a regular Ford Capri. But kicking back in heated seats is not what this car was made for.

Some finishing touches make clear this Capri stands apart from the rest – a set of imposing gold three-piece BBS centre alloys are shod with the very same Firestone HPR tyres the car was originally supplied with.

The seats look well-worn but the mechanicals aren’t, with only 468 miles on the clock. It’s changed hands only once in its lifetime, being sold by Barrett-Jackson in 1995.

This time around Mecum has yet to price up the Mercury Cosworth Capri but don’t expect a cheap sell – it might be wearing Mercury branding but this is a Ford through-and-through. The steering wheel even says so.