Is the Chrysler Prowler a monster or just misunderstood? 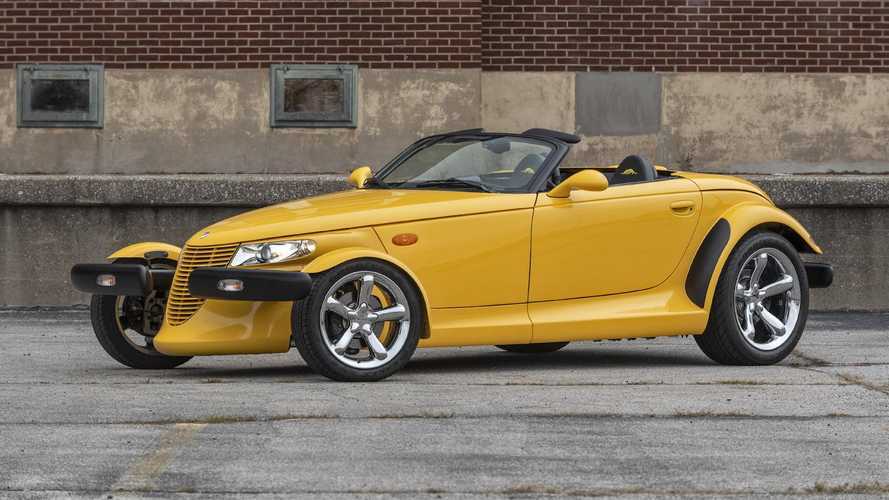 Often derided for its awkward attempt at retro hot-rod styling and lumped with its PT Cruiser cousin, the Prowler might finally be coming of age. Here's why...

Hot rods have held an everlasting popularity in the United States. Buying a dime-a-dozen Ford Coupe and juicing it up to infinity has become a national past-time, with the hot-rodding scene going from strength to strength. American manufacturers took notice and elected to wind the clock back with new models built as a tribute to those iconic ‘rods.

In the late 1990s and early 2000s DaimlerChrysler and Chevrolet got in on the act with a series of new models. The oft-derided Chrysler PT Cruiser sold in volume while Chevrolet offered up the SSR, a retro-styled pick-up that admittedly looked a tad flabby. The closest thing to the real deal was the Plymouth Prowler – later badged as Chrysler – but even it faced a mixed reception.

Heavily influenced by the Hemisfear concept (above) penned by famous auto designer Chip Foose while studying at ArtCenter College of Design, the heavily 1930s-influenced concept was somewhat compromised by the need to meet modern US safety regulations.

Foose’s vision for what a mass-production Chrysler hot-rod would look like is actually pretty rad – the problem is you couldn't build cars like that in the 1990s, due to the same lack of bumper protection that stopped so many European exotics being imported Stateside.

Fairings shrouded the front wheels – hiding what would have been some excellent chrome suspension arm detailing, while the chromed Ford Type C-style front end and clean front-to-back lines of Foose’s vision were nowhere to be seen, covered up by ugly black plastic bumpers.

Stranger still for a hot-rod inspired creation, there was no V8 in sight. Instead of the 6.4L Mopar Hemi V8 Foose had envisioned, Chrysler dumped a V6 out front, further reducing appeal from the enthusiast crowd. So there was compromise from the outset. But then every crazy, kooky concepts face a raft of safety and economy-related realities that means the end product is far more restrained.

Originally branded a Plymouth, rebadged as a Chrysler later in the production cycle, there’s one example of the latter currently part of Mecum’s auction docket for their Kissimmee sale early next year. Sporting bright yellow paintwork, there’s only 5207 miles on the clock and visually appears to be in very strong condition.

And despite its still rather unfortunate bumpers, the Prowler appears to have become better with age. Though admittedly its headlights are also a bit too close together to be visually pleasing, the Prowler is reaching an age where it’s straying into modern classic territory and thus can soon claim to be truly retro in its own right. That helps.

No wonder then that Mecum considers this low-mileage Prowler a ‘star lot’ of its Kissimmee sale on January 3-13. With only 11,702 Prowlers built – and only 3170 of these the later Chrysler-badged examples – this car has some genuine rarity, yet it’s being sold without reserve. It might have been snubbed during its production run but, perhaps it’s time to reconsider the Prowler.