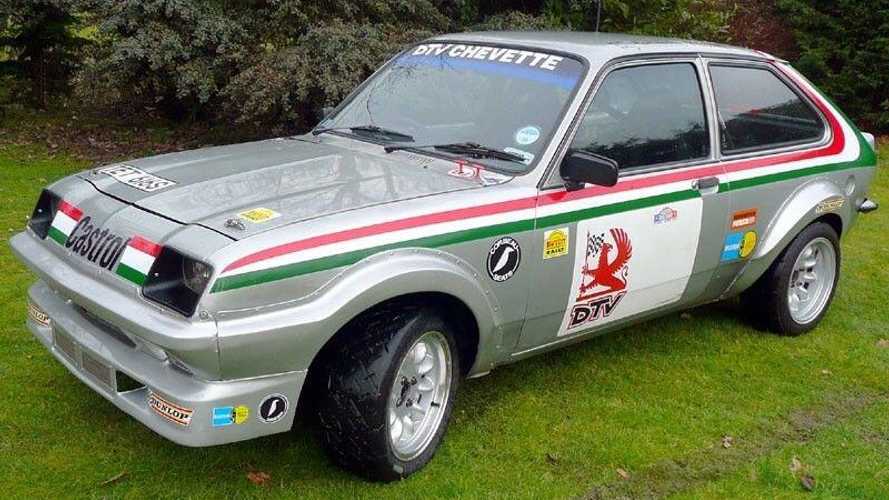 Vauxhall's reputation for small, sporty cars can be sourced to the Chevette HS, the first car from a new era for the brand

Bob Price knew exactly what he was doing when he became chairman of Vauxhall in 1976, he said: Let’s increase our international profile by going rallying. And so it did. But first it needed a car, and the Chevette supermini was chosen as a basis for its off-road machine, a formula that was already being proven by the Germans.

The Chevette HS, of which just 400 were made to satisfy FIA homologation rules, had a 2.3-litre slant-four engine and use a 16-valve cylinder head. Vauxhall didn’t technically achieve its aim, seeing as it won the British Rally Championship rather than the global one, but the car was a popular and one of the 400 cars is listed for sale on eBay.

This 1978 model, also known as TET 616S, was the third to be built by Vauxhall and according to the vendor is the second oldest remaining model in the world. It previously belonged to the chairman of the Vauxhall Owners Club, and is finished in a typical rally-ready silver, with red, white and green stripes, the original factory colours. It has a GP4 body kit and has roll cage too, a necessity if you want to take it onto the stages.

The engine is the original 2.3L unit, and runs on 48 Dellottos. It also connects to a Jerry Johnstone exhaust manifold, and the full package has recently been rebuilt, including the five-speed gearbox. It’s clear that the owner of this car knows its worth, having also worked on the rear axle, the suspension and brakes, although the latter included 4 pot Volvo brakes at the front. There’s a reason for this though, as rally cars don’t always want to have the same stopping power. There’s drum brakes on the rear, and an adjustable brake bias pedal box.

At a smidgen over 40 years old it is now MOT and tax exempt, meaning you’ll be able to drive it on the road in no time while you get it back to top condition, although you’d have to re-register it with a judicial motorsport body if you want to drive it in competition, which is what the current vendor was developing it for.