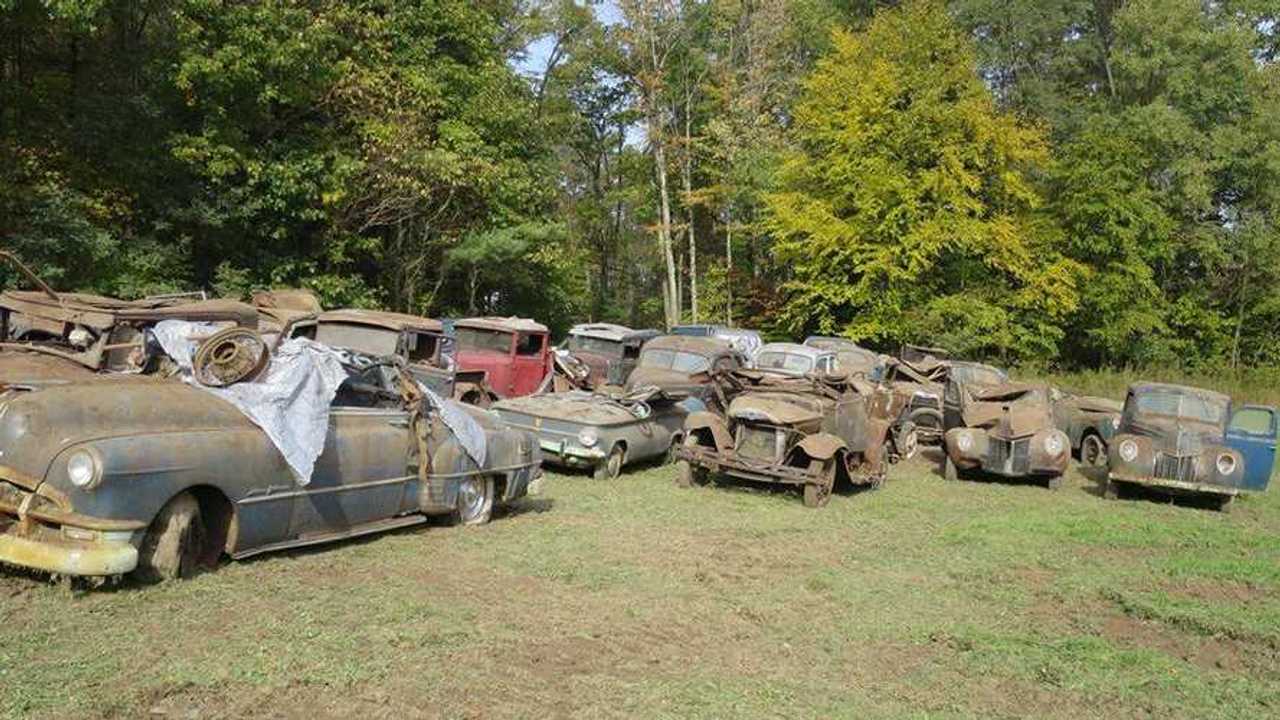 When a barn in Pennsylvania collapsed, it caved in on a collection of 36 classic cars. They've now been rescued – and are all looking for a new home

We’re used to finding classic vehicles in very much second hand condition stashed away in barns. But what happens when the barn itself is in second hand condition too? In northern Pennsylvanian town Brookville, a barn collapsed in on a collection of 36 classic vehicles but, amazingly, most have lived to tell the tale – albeit with none in running order.

Though there’s visibly damage from the collapse to this collection of vintage American motors, ranging from the 1920s to ‘60s, these cars had clearly been stashed away for some time before their 100-year-old owner recently passed away.

Enclosed within is a wide array of US vintage, with an original Ford Bronco attracting the most interest according to Fox News. That’s not much of a surprise when you consider it’s seemingly avoided the brunt of the collapsed barn’s fall.

It still needs plenty of work to be usable again but, crucially, it’s said to be in completely original condition. Evidenced at sales by Mecum and Barrett-Jackson, the demand and subsequently values for original Broncos is rising quickly, making this the star find amongst the three-dozen vintage motors.

There’s a red Lincoln convertible that appears ready to fight another day given the right care and restoration – something of a miracle given it’s a soft-top – but a first-generation Chevrolet Corvair was not so lucky, its coupe hard-top caved in with the weight of fallen debris.

Though there’s a few marques mixed in to the selection of vintage vehicles, it seems the original collector was a fan of Ford, with plenty of pre-war cars from the blue oval present. More than one De Luxe appears, a Ford Model A pairing is parked up one behind the other (the red pick-up unfortunately looking a little worse for wear) and there’s also at least one Ford Model B.

We’re not sure how the vintage vehicles have been individually priced. Current custodian Andrew Glinkerman had originally tried to sell the entire collection as a single lot priced at $100,000 (£78,000, €88,000) but has reportedly sold off a third of the cars individually. Those interested in saving one of these vintage American vehicles can visit the Facebook Marketplace listing for the vehicles.